Dublin’s inner city is a rough place. Like many inner cities around the world, it suffers from low levels of education, high levels of crime, unemployment, and poverty. Many families survive on social security.

Traditionally, primary school girls in this area don’t get the chance to play many sports, if any.

Through Ciaran Duffy’s initiative, this is changing.

Duffy is the founder of Project Fun Direction — a “grassroots” physical literacy program in one of the toughest environments you’ll find. On a weekly basis, Duffy and other coaches provide fun weekly multi-sport experiences and age-appropriate coaching to girls aged 5 to 8 who likely wouldn’t have the opportunity otherwise.

For one hour each week, Project Fun Direction introduces girls to sports and activities such as soccer, athletics, camogie, karate, and tennis on a rotating basis. As they develop a foundation in physical literacy and basic sport knowledge, Duffy hopes the girls will learn to make physical activity a part of their weekly routine, and become better equipped to identify sports and activities they might want to pursue through adolescence into adulthood.

Each girl pays a minimal cost to participate, and the activities take place at supportive sports clubs and community facilities within walking distance of their homes.

“We try to engender a love of sport and equip them to fulfill their potential through a lifelong participation in sport,” says Duffy.

Project Fun Direction was born from Duffy’s experiences as a community soccer coach. While he was coaching his own daughter on co-ed soccer teams, it became apparent to him that young girls in disadvantaged parts of Dublin had few opportunities to participate in sport and activity.

“Knowing the area, I recognized many reasons why this is the case — some societal, some practical, and some based on false assumptions,” says Duffy. “There are many single parent families or parents working irregular hours. Many people don’t have cars and the public transport system is poor. Often the boy in the family will be brought to sport on Saturday or Sunday but the parent can’t or doesn’t think to bring his sister. There are also less sporting activities in disadvantaged areas due to limited finance and difficulty involving volunteers.”

Project Fun Direction seeks to address the imbalance in participation between girls and boys, as well as different family income strata. Duffy points to the Growing Up in Ireland study, a government-sponsored longitudinal research project that has tracked societal data across a wide spectrum since 2007.

“It has shown girls aged 9 from disadvantaged areas of Ireland are twice as likely to play no sport as boys and girls from more advantaged areas,” says Duffy. “As a result, their opportunity to enjoy a lifetime of sports participation and all its benefits are severely compromised from a young age.”

As with many other countries at present, school-based physical education is not filling the gap.

“Physical education in Irish schools is universally recognized as completely inadequate both inside and outside the education system,” says Duffy. “There is a curriculum in place, but it is not implemented effectively. Children aged 5 to 8 are lucky to get one hour a week in school.”

Project Fun Direction relies heavily on volunteerism, charitable donations, and partnerships with clubs and facilities who support the cause. It is the quintessential grassroots program in that it was started by a concerned citizen outside the realm of government — Duffy — and it achieves a lot with minimal dollars.

“Most investment in sport in Ireland is of a ‘top-down’ nature, and it often just supports a bloated infrastructure without having any impact on the ground. In establishing the project 18 months ago, I was determined to demonstrate that a ‘bottom-up’ approach with very modest investment could be successful.

“To date, 130 girls aged 5 to 9 have participated and on average we get 50 girls attending each week. We have agreed free use of a youth club, a school hall, and a local authority hall to run the sessions all within walking distance for the girls.”

In the first 15 months of running the project, Duffy raised almost $15,000 in donations to cover insurance, equipment, third-party coaching costs, administration costs, and incidentals. A business coalition called The IFSC Inner City Trust donated about one third of the total, and the remaining balance was covered by a range of small corporate donations.

Duffy has consciously avoided seeking medium term funding for Project Fun Direction. However, he thinks it might become appropriate to apply for longer-term funding based on their new research component. In partnership with the University College Dublin Institute of Food and Health, the project is now attempting to measure the personal impact for the participants in four areas: body composition, physical literacy, nutrition habits, and social development.

Still, Duffy wants to emphasize how these types of grassroots initiatives can operate at minimal cost.

“The only thing I would like to get across is the small-and-simple nature of Project Fun Direction,” says Duffy. “A lot of the project is about educating parents, communities, and public bodies by demonstrating it can be successful using largely existing resources.”

Quality sport: The art of creating good activity programs for ...

Check out our guide to fundamental movements, from grasping to walking 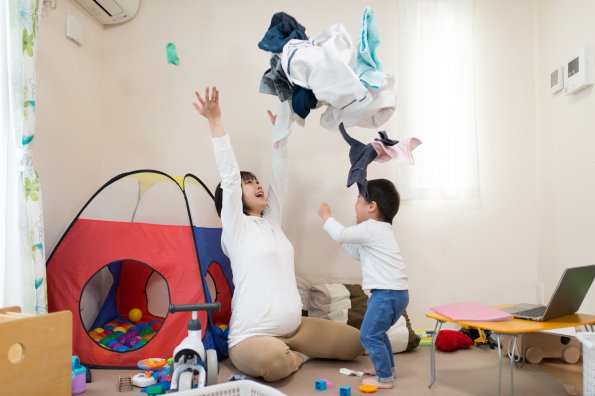 10 easy ways you can add physical literacy to your ...

It's easy, straightforward, and fun