As a child, Kelly Vanderbeek says being active wasn’t about winning medals or being the best. It was about scrambling to keep up with her older sister and two brothers.

“Being active was just play,” she says. “It wasn’t anything organized or structured.”

Her life is considerably more structured these days. A new mom, Vanderbeek, 31, is preparing to fly to Sochi, Russia, where she’ll be doing some media commentary during the 2014 Winter Olympic Games.

She and her husband are taking their infant son, now three months old.

“I’ve been talking with our chief medical professionals who are working at Sochi, and they liken it to Mexico,” she says. “If you’re willing to go to Mexico with an infant, it’s about the same risk.”

That aside, even the basic on-the-ground logistics stuff that we take for granted in Canada could be tricky to figure out in another country, where she doesn’t speak the language or read the alphabet. “How many diapers do we need? How can we wash his clothes?”

There have been problems with the quality of the drinking water in Sochi, too, she notes.

“There’s always a worry but you can’t live your life in a bubble.”

The couple will be tweeting on their son’s behalf, about his first experience attending the Sochi Olympics. You can follow along: @coopergford, hashtag #raisedbyOlympians.

With a hashtag like that, it’s clear that baby Cooper will have no shortage of major athletic inspiration as he grows up. Vanderbeek has three World Cup medals, and competed at the 2006 Olympic Winter Games in Turin, Italy (she finished fourth in Super G.)

And David Ford, her husband, is a five-time Olympian who won Canada’s first gold medal in World Cup whitewater kayaking in 1992.

Yet Vanderbeek hopes that their son learns more from sport than just the thrill of winning.

“I hope he learns how to lose well, too. The truth is life can be tough, and we aren’t all winners. And even if you are a winner, you still lose far more than you win,” she says.

“Learning how to deal with loss and failure is more important than winning. Almost everyone can deal with winning, but it’s very challenging to deal with the lessons of loss.”

Born in Kapuskasing, Ont., Vanderbeek credits her father for much of her family’s exposure to sports. Not having an opportunity as a child to learn many sports, he made up for lost time as an adult, trying downhill skiing, cross-country skiing, skating, golfing, water-skiing, canoeing, you name it.

“He’s a very enthusiastic sports lover,” she says with a laugh.

“Sport was always a priority. Money got spent on sport, not clothing or travel or anything else.”

When she was eight, the family moved to Kitchener, Ont., and Vanderbeek began to seriously ski and play soccer. “By the time I was 12, soccer and skiing had taken over my sporting life, and I had to decide between the two of them,” she says.

She opted, of course, to ski.

“When I was nine, I told my parents I was going to be a ski racer in the Olympics. They probably laughed to themselves at the time, but they let me do it,” she recalls.

“I felt like I had some potential, and I had some really good coaches. Plus, I got hot chocolate, and I could miss school.

Still is, in fact. Vanderbeek credits her life as an athlete for so much of her success in life, and she’s frank with advice for others who are striving toward a major goal.

“Nothing in life is linear. There are peaks and valleys at every journey. When you’re in the deepest part of the journey, you may not know it at the time but you’re so close to reaching that next peak,” she says.

“It’s so important to not give up, and to be open to life’s opportunities.” 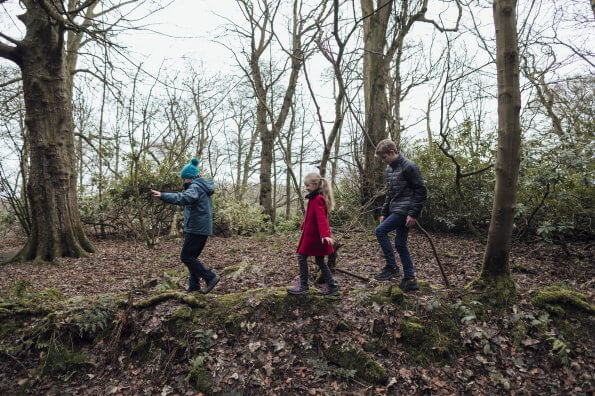 Olympians start with you, the parents

It's through your support that your kids keep moving and striving

Thumbs up to the new video celebrating Canadian Olympic athletes ...

Winter makes us who we are