Five school-age children are hopping across tree stumps and thick branches as part of an obstacle course — but it’s not a phys ed class. Another group of children have built a teeter-totter out of a wide board and a log — but it’s not recess. They’re all wearing running shoes, their jeans mud-streaked and hair wind blown — but it’s not summer camp.

It’s just a typical day for students enrolled in Maple Ridge, B.C.’s Environmental School Project, where math, science, literacy — and physical literacy — are learned in a revolutionary new way. The students here take all of their classes outdoors, because in this public school there are no classrooms.

A partnership between Simon Fraser University, School District 42 Maple Ridge & Pitt Meadows, and several other community groups in the mountainside city, the Environmental School launched in 2011 and recently expanded from a Kindergarten to Grade 7 program to include Grade 12.

Unlike traditional schools where the learning takes place in a classroom with students dutifully seated at desks, learning at the Environmental School is place-based, meaning that lessons are learned from the surroundings, whether it’s in the woods, at the riverside next to salmon spawning grounds, or in the wetlands.

Craig Cerhit was skeptical at first. Cerhit, a documentary filmmaker, enrolled his son, Nate, in the program as a kindergarten student. His son is now in Grade 4, and Cerhit has become firm believer in the benefits of taking education outdoors.

So much so that he spent two years documenting the daily lives of the staff and students for his film Found in the Forest.

“We spent the first couple of months of school at a beautiful park located next to a river. And the thing that I let go of immediately was that the whole idea that they weren’t in a classroom and sitting in chairs. Being outside in the natural world is full of stimuli and it’s relaxing,” Cerhit shared in his 2015 TEDxSFU talk last November.

“It proved to me to be an amazing place to learn in. It calmed everyone down,” he remarked.

The outdoors offers endless opportunities for students to develop their physical literacy. Fundamentals like hopping, jumping, running, balancing, and agility can all be incorporated on a hike through the woods. Fort building, a common activity at the school, develops raising and lowering skills, with students lifting and placing sticks and logs into place. Fine motor skills are developed when students lash the fort together. The simple fact that there are no desks or chairs at the Environmental School mean that squatting or sitting on uneven surfaces invite children to use their bodies in new ways when working on assignments. Yes, students at the Environmental School have to complete assignments.

However, it’s events, like two weeks at a BMX pump track, that bring the student’s physical literacy skills into focus. Kids who once were unable to participate in family bike rides now had the confidence and strength to keep up with their families, which turned bike riding into a part of their daily lives. Under the direction of a BMX Canada coach, the riding skills of the students flourished. Some students even decided to start competing in the sport.

The model of the Environmental School may not be suitable for all school districts, but it does offer inspiration to educators and parents who are struggling with curriculums that are technology-focused, or schools that are cutting back on physical education and recess time. Taking lessons outdoors, having recess in the rain, or incorporating more opportunities for exploring the natural world into field trip schedules are all achievable ways for educators to reimagine their classrooms. Schools may not all have forests in their backyards, but by opening the doors and letting education spill outside, parents and educators can open their minds to the possibility that physical literacy can be best discovered outdoors.

Here are links to a few organizations in Canada that cater to this very concept. Check them out and share in the comments below if you know of any others in your region.

One response to “Outdoor schools: finding physical literacy in the forest” 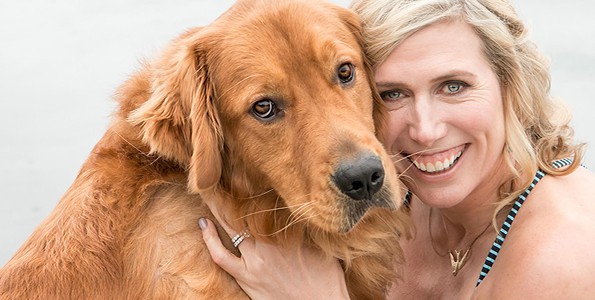 In Winnipeg, early childhood educators and caregivers are learning how to address a whole new dimension of infant and toddler development: physical literacy. Recently, ...

See what programs schools across Canada have to offer