First restaurants, then retail stores, now playgrounds are the latest in the “pop-up” trend to hit Canada.

An organization out of the UK called Pop-Up Adventure Play (PUAP) is one of the initiatives behind making sure that our kids are playing. PUAP creates Pop-Up Adventure Playgrounds that are “free, public celebrations of child-directed play, stocked with loose parts (such as cardboard boxes, fabric, tape and string) and staffed by playworkers. An introductory version of the classic adventure playground model, they gently introduce themes of risk and freedom by welcoming people of all ages and abilities to play together.”

The tour started in late July and is making its way across Canada, connecting play advocates and creating spaces for kids to play.

Though the tour is already underway, there are still opportunities for families in Western Canada to check out the play spaces until September 16.

To find out more about the tour, we caught up with with the co-founders Suzanna Law, Morgan Leichter-Saxby, and Andy Hinchcliffe.

Who is involved with bringing this tour to Canada?

Morgan: The tour is led by PUAP and organized by Suzanna, but it’s done in partnership with local hosts and organizations across Canada.

Andy: The tour is comprised of 18 stops, each one either a passionate play advocate, child-centred organization or curious/skeptical government department[s]. We have been invited to talk with parents, teachers, pediatricians, city planners, amongst others.

Morgan: My background is in playwork practice, which I learned in the UK while working on several adventure playgrounds. I’m also working towards a PhD in playwork at Leeds Beckett University. In this group, my particular area is in training and reflective practice, though I’ve also worked on community-based projects, and in settings with a focus on children with disabilities.

Suzanna: I have a Playwork Bachelors degree (via a Chemistry degree). I have been working in the field of playwork now for the best part of a decade and am currently working towards a PhD in playwork with Leeds Beckett University.

Andy: I have been working within the Playwork field since 2004, initially supporting children’s play within an out-of-school childcare environment, before taking on a more senior role within the organization and establishing an on-site adventure playground and incorporating children’s play needs into a much wider agenda, incorporating health services, 2 to 5 pre-school, youth services, adult education and elderly day care.

In conjunction with developing this service, I studied Playwork at Leeds Beckett University, graduating with a bachelors degree which focused on children’s dark and criminal play.

I have a fairly wide area of expertise under the Playwork banner, but feel that my area of specialism is risk and site development.

What is the goal of the tour?

Morgan: For us, we want to meet and encourage play advocates everywhere we go. That includes the hosts as well as workshop participants! We want to welcome members of the public to events and support them in thinking differently about children’s needs, play and public space. Perhaps the biggest reason why we do this through touring, however, is to connect advocates across the country and help build a sense of momentum towards change.

Why did you choose Canada?

Morgan: We go where we’re invited, balancing costs where we can to reach those who need us most. Canadians have been doing great work and getting really excited about these ideas — plus, the International Play Association conference this September provided a neat punctuation at the end.

One of your previous tours was in NYC, what did you learn from that experience?

Suzanna: We have worked with groups all over the world, one of them being play:ground in New York City. It’s so great now to see them set up this adventurous play space on Governors Island, especially because NYC was the site of our first ever Pop-Up Adventure Playground! Just from that journey, we know that the pop-up adventure playground model that we developed works, and can inspire folks to take this temporary play space and transform it into a permanent adventure play site.

What is the most surprising thing you’ve seen from participants?

Morgan: To be honest, I see something surprising every single time. There’s always a new construction or comment from a parent that knocks me off my feet. Many say that they didn’t know what their child was capable of until seeing them play like this, and that’s incredibly powerful. But there’s also an enormous continuity across workshops, events and communities — everyone wants to play, everyone needs to play, and given the chance and permission, everyone knows how to play.

Suzanna: There have been tears of joy from folks as they watch their children play in unexpected ways, freely. We have met folks that are emotionally charged when realising that their practice has been wrong all these years, and those who suddenly realise they are not alone. It’s been surprisingly emotional — but in a good way!

Andy: There are SO many people out there that feel so strongly about the lack of play within children’s lives, in every community. People really care about this stuff but are really lacking support and encouragement to take it to the next stage.

What age group are the playgrounds good for?

Andy: Pop-Up Adventure Playgrounds can be tailored to suit any age. They are a simple idea which is giving children the time, space, permission and the tools to be free to follow their own ideas and interests with all the material they have in any environment.

Do you involve parents? How?

Morgan: Parents come with their children, most of the time, and take a number of different roles in the space. Sometimes they get really involved in what their child is doing, and we try to encourage their stepping back and watching a bit more than they might ordinarily. We suggest that this is a good time to follow their child’s lead, and let play unfold at its own pace. We also support the adults in meeting their own play needs, in relaxing under a tree or chatting with new friends, or building something of their own! Many of our local hosts are also parents and none of us are, so we try and maintain a very delicate approach with parents (who get so much unsolicited advice and judgment, we don’t want to add to that). 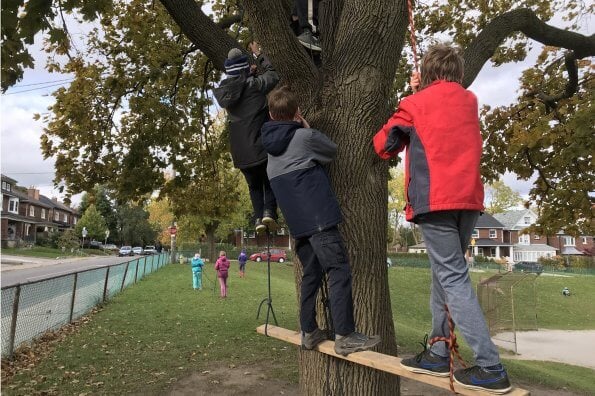 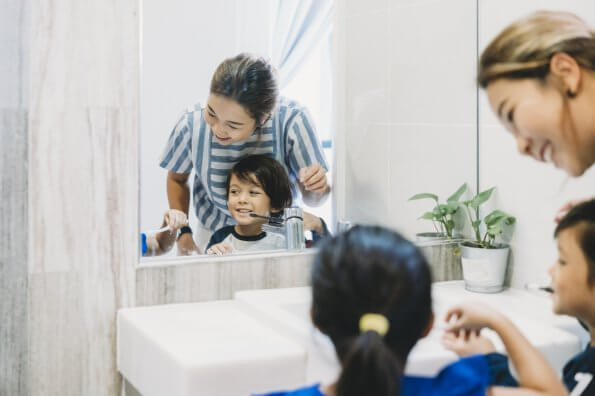 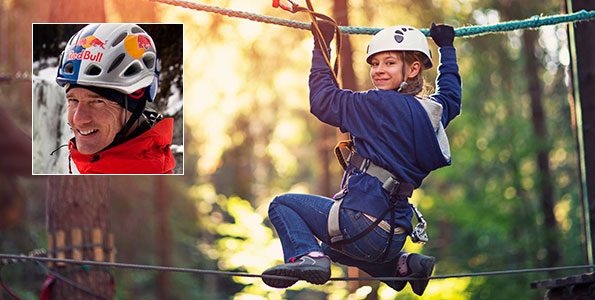 Top adventurer shares tips he uses with his own kids 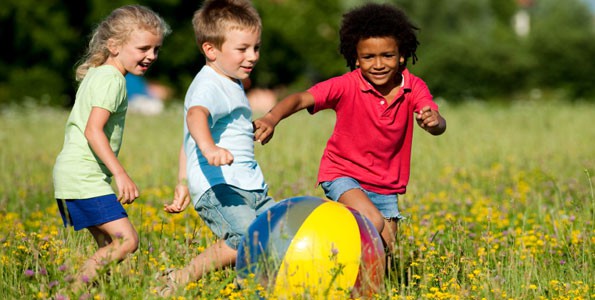 4 ways to keep your kid active this summer

Parents play a big role in their child’s activity levels 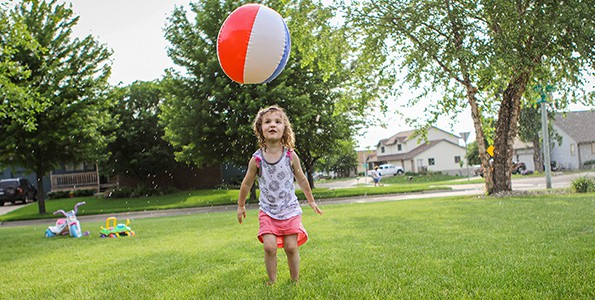