As soon as our little guy learned to roll over, after cheering and celebrating his achievement, I had a moment of panic. I worried about bumps, bruises and scrapes. For a split second, I even worried about losing track of him. But then my husband helped bring me back to reality and I realized this new milestone was just the next chapter and that we’d need to adjust some things to make sure his environment was engaging and safe.

Of course, we covered the basics and bought plug protectors, kept poisonous items out of reach, and did our best to keep his fingers from being squished. But we also added a few other touches that give us peace of mind and promote lots of safe skill development for our little guy.

If you dropped in for a visit at our 2 bedroom condo, you’d probably think it looks like a pretty typical furnished apartment with some baby toys scattered all around. But with just a few small tweaks we have safely encouraged a lot of movement from our little guy. Here’s how we did it:

If, like us, you’re lucky enough to already have a low couch, this is a big plus for babes that are just starting to pull up. A couch is a big ticket item to replace (obviously) so don’t worry if yours isn’t low, but do try to find some other sturdy alternatives so that your little one can practice.

We traded in the traditional coffee and side tables and replaced them with large and small ottomans that double as storage. They not only work as our baby’s mini jungle gym, but they’re also great for stashing toys when we’re not using them. Perfect for a small space when mom and dad want to relax for a few minutes without feeling surrounded by balls, instruments, and stuffed animals.

As much as I try to avoid overdoing it on toys — a difficult task when you’ve given birth to the first grandchild on one side — the ECE in me knows that toys are important for development and it’s in my blood to keep them as organized as possible. Place toys in a way that encourages your baby to reach and grab them on his own. As soon as our son learned to pull himself up, I put his bins on a safely secured shelf so that he could continue to practice this skill. Now he loves to grab things from the bins and throw them across the room. Not always fun for clean up, but great for skill building!

One morning I watched as my little one used all the strength he had to crawl — he started his crawling journey by “swimming” and slithering on his tummy — to make his way across the room to get his favourite rattle ball. After I took a few million pictures, I thought that this was the perfect time to start putting his toys in different areas around our apartment. I found this really encouraged him to explore and work on his crawling skills. He now easily beats me in a race to the rattle ball by crawling fully on his hands and knees!

We love books in our house and as soon as I noticed our little guy starting to flip through books on his own, I researched and found a bookcase that would allow him to grab his favourite ones without much help from me. Still, it’s not so easy that he doesn’t have to work for it a bit (he can pull himself up onto the highest shelf). So use your baby’s interest in books to get them moving, pulling up, and reaching.

A mobile baby is fun, entertaining, scary, and exhausting. But by making your environment work for both you and your child it can be a little less scary and exhausting, and a lot more fun.

No stroller potatoes! Why babies need active play every day

According to the Canadian 24-hour movement guidelines, babies and toddlers should not be restrained in strollers or seats for more than an hour at ... 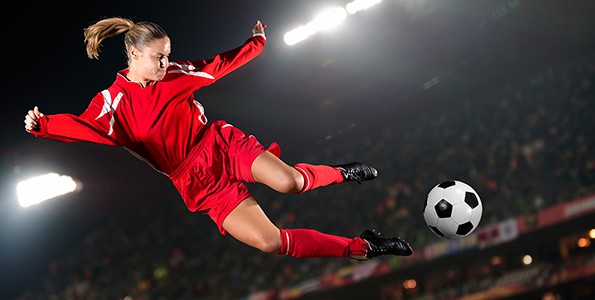 Dad’s involvement often determines whether a child is active or not, and to what degree