Your child gets ready to jump from the monkey bars and you get ready for a trip to the hospital. Is this a reasonable reaction? Unless there’s a pit of poisonous serpents or a bed of nails below, probably not.

As Dr. Mariana Brussoni of the University of British Columbia points out, statistics show that the likelihood of children having serious injuries through unstructured outdoor play is extremely low. In reality, they’re more likely to need medical attention for injuries sustained in organized sports than play.

Managing children’s “risky” play, and risk in general, has increasingly garnered the attention of parents, educators, health professionals, legislators, and the popular media. Stories of parents allowing their children to ride public transit alone have even made national news. Despite the controversy around these particular instances, it seems no one disputes the importance of children engaging in appropriate risky play. But what exactly is risky play?

Researchers have identified six kinds: play at great heights, play at high speed, play with dangerous tools such as saws and knives, play near dangerous elements such as fire and water, rough-and-tumble play, and play where there’s a chance of getting lost or “disappearing.” Each of these types of play presents some kind of perceived peril that inspires fear in parents.

Play at high speed is another risky play activity that seems to relate to “losing control.” For example, when riding a bicycle at high speed, there’s risk and excitement with the possibility of either crashing into something or someone, or even possibly falling off. Other high-speed examples include running down steep hills, swinging on playground swings, or travelling on zip lines.

In decades past, it wasn’t unusual to see Canadian children using hand saws to cut wood, hammers to build birdhouses and tree forts, and pocket knives to whittle sticks. With increased parent concerns over safety, playing with tools has all but disappeared among kids today. Still, kids tend to love using tools when they get the chance. While there’s always danger of personal injury, this kind of play encourages children to concentrate in order to mitigate the risk.

Play near dangerous elements includes things such as playing near fire, playing near cliffs, and playing near deep water. Not much needs to be said here—it’s easy to see the danger to life and limb posed by these elements! But again, children seem to thrill at testing their limits in these situations and environments.

This type of play involves managing the balance between playful contact and real fighting. It can include play-wrestling, play-fighting, and fencing with sticks. For example, during a seminal Norwegian study on risky play, a preschool educator informed the children that she knew judo, and she proceeded to demonstrate a judo throw on another educator. The children were thrilled and wanted her to throw them as well. She proceeded to teach them the technique and soon they were happily engaged in wrestling and throwing each other.

6. Play where children can “disappear” or get lost

This kind of play refers to occasions where children have the opportunity to explore spaces on their own, venturing into unknown areas with the danger of getting lost. Certainly, getting lost in a forest or an unknown city presents real dangers for a child, so this type of play challenges children to gauge distances and recognize and remember landmarks for navigation.

Risky play presents unique thrills that are distinct from the excitement of scoring a goal in soccer or hitting a baseball with a bat. As Brussoni says, risky play is about children testing their boundaries and flirting with uncertainty, and they’re more capable than we think at identifying their limits and managing the risks.

Risky play may make parents shudder, but our children stand to benefit from it. The challenge for parents is to learn how to support it in a healthy manner.

8 responses to “6 ways kids should engage in “risky” play”

Why I love watching my kids engage in risky play ...

There’s a steep hill in our local forest that my kids (ages one, four, and six) love to scale. It’s muddy, slippery, and full ...

How to keep your kids from a failing grade on ...

Kids need plenty of unstructured activity, both at home and at school 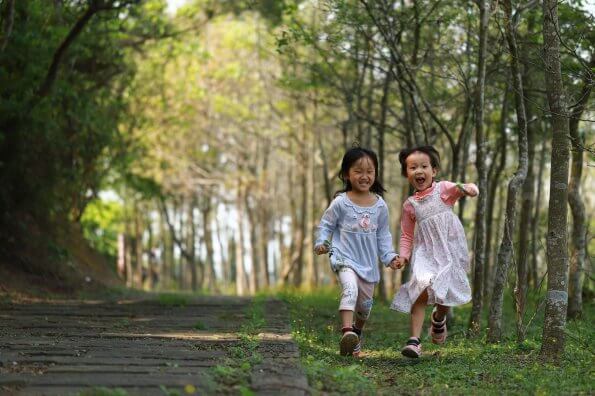 Why outdoor play is more important than ever

As we all navigate COVID-19, active, outdoor play is exactly what our kids need. Here are some tips to help them get outside, get ...