A new video from True Sport shows how terrible it can be for some kids who play sport on the ride home after a game or practice. It’s part of a new campaign called, “The Ride Home“.

In the video, which you can watch below, a father berates his son for wanting to have fun during a practice.

It’s a difficult video to watch, because none of us like to see kids treated that way. But also because many of us may have said similar things to our children at some point.

Kids tend to stop playing sports because they’re not having fun, and the way we talk to them about their participation matters a lot.

For children, playing a sport or participating in any kind of activity needs to be fun. That doesn’t mean it can’t also be challenging and skill-building. But if it’s not fun, and they don’t want to play anymore, they won’t get any of the other benefits that sports can give them.

The ride home is easy, actually. You just have to remember to say six words:

I love to watch you play.

How to dress for the weather in every season

We've all heard the saying—there's no bad weather, only poor clothing. Here are some tips for dressing appropriately for outdoor play.

A printable recipe for an active day

Show your kids how they can be active all day long 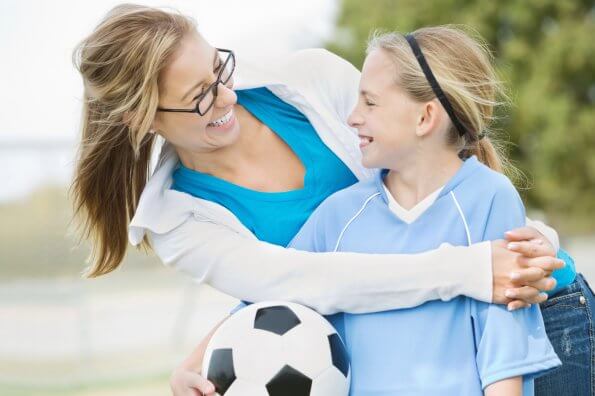 Active for Life podcast: Camilla Knight on parents in sport

How parents can support the responsible coaching movement

Parents can insist sports clubs train and screen all coaches