Going for regular bike rides with your kids will help both their physical and emotional well-being, but did you know it might also raise their grades?

NPR’s health channel, Shots, reports on a long-term UK study that found a connection between good grades and physical activity in 11-year old kids. The study found that the more active kids were, the better they did on standardized English, math, and science tests.

The ideal target here was 60 minutes a day of moderate to vigorous exercise. Few kids were getting that much activity though. The average time was 29 minutes a day for boys and 18 minutes for girls.

The study also found that kids who were more active at age eleven did better in school as teenagers.

While other trials have shown that brain function improves with physical activity, researchers still aren’t sure why these active kids are testing better. Still, the evidence suggests that it can’t hurt to encourage your kids to be active, and it more than likely helps them.

As study author Josee Booth, a lecturer in developmental psychology at the University of Dundee, says, “There’s certainly an association between more physical activity and better academic achievement. If parents can get their children to meet that goal of 60 minutes a day, it’s going to be beneficial for a range of factors.”

What did you think about the difference in daily activity times between boys and girls? Do you think it’s easier for boys to be active than girls? Could your girls be more active?

Autism a challenge to keeping my child active

What would it look like if schools were “health hubs”? 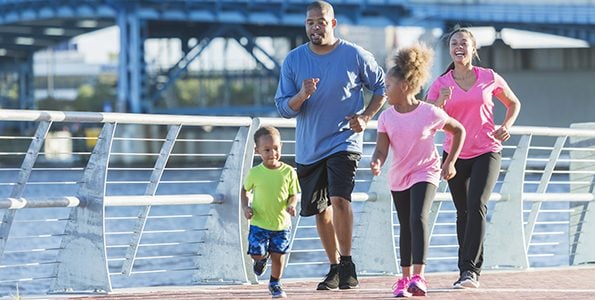 Kids increase daily activity when their parents do too