Princeton graduate Diana Matheson is a veteran midfielder on Canada’s 23-woman roster for this summer’s World Cup. She launched her name into households across the country when she scored an electrifying goal against a strong French team to win the bronze medal at the 2012 London Olympics.

This time around, the 31-year-old from Oakville has been living a different kind of comeback story, all before the opening match takes place. After injuring her knee last October in a friendly game against Japan, the long-time national team member has been working each and every day to guarantee her spot on the highly-anticipated Canadian squad. She was named to the team in April.

I recently got to chat with Matheson about how she got started on her soccer journey, how her hockey-playing brother influenced her, and what young athletes and coaches can do to be at their best.

How old were you when you started playing soccer?

I started playing when I was 5-years-old. My first team was the white Oakville Hydro team.

What other sports did you play growing up?

I played hockey from Grade 3 until I finished high school. I wanted to play because my brother did!

How old were you when you started focusing more on soccer?

I think around 13 or 14 I had to start to choose which sport I wanted to prioritize and put more time into.

How do you think participation in other sports helps young soccer players?

I think it helps kids develop in other areas including different motor skills as well as working different muscles that can be good in preventing injury. It also opens you up to a whole new circle of friends!

Besides the sport itself, what’s one surprising thing you love about soccer?

The people you meet along the way, as well as the chance to see the world.

Was there ever a time you wanted to quit playing sports? What kept you in it?

No, even in the tough times I always loved to play.

Do you face challenges as a woman playing soccer?

We are lucky to grow up in Canada where there are many opportunities to play soccer not only as children, but also as a career. While we don’t have our own professional league, we help support the NWSL in the U.S., and many of our players have pro contracts for different U.S. clubs. There are also many other countries that have professional leagues, and I was lucky enough to play in Norway for four seasons.

Who have been your greatest supporters?

Who do you look up to as an athlete?

Other Canadian Olympians. It’s always inspiring to see other Canadians train in so many different ways for their own sports, and inspiring when they reach the podium.

What skills are you working on to become a better soccer player?

What I’m working on always changes. Right now I am rehabbing from an injury so the priority is making sure my body is strong and healthy and fit.

What types of activities would you recommend to young girls learning to play soccer?

I would recommend just going out and playing as much as you can. If there’s a player you want to be like, go out and train like them!

What do you think coaches need to consider when coaching young girls?

For both boys and girls I think the most important things are fun and respect.

In your opinion, what makes a good coach for young children (ages 4 to 8)?

I think it’s the same thing that makes a good coach at any age, a passion for the game.

What’s the most exciting part of the World Cup?

The most exciting thing this time around is the fact that it is in Canada! The other thing would be the journey the team gets to go on, not just in the World Cup itself, but in all the hard work and preparation that goes in ahead of time.

Pure Instinct is a fun new sport that can help ...

Making multi-sport a reality requires us to move from words ...

It’s time to stop debating who is responsible for making multi-sport programming a priority for kids under the age of 8. Here's a list ... 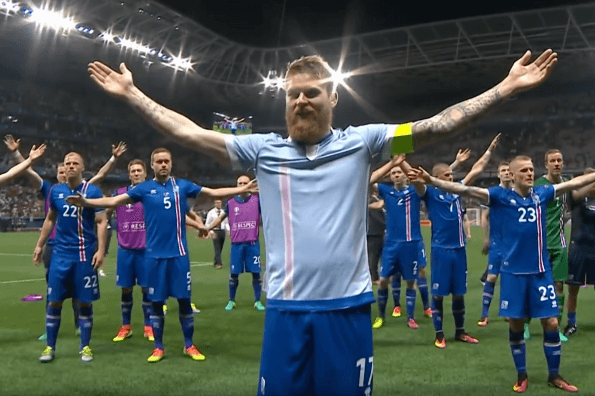 How Iceland beat the odds and made history