This past winter I joined a parent-tot gym class with my 2-year-old daughter. It was lots of fun; about eight toddlers ran around playing with balls and climbing over tumbling mats while the parents watched and helped as needed. But after a couple of classes I noticed something odd: I was the only parent or caregiver in the class who didn’t have my smartphone out. And by out I mean holding it two feet in front of my face and documenting every move my child made.

This is not an uncommon sight anymore. And I seemed to be the only adult in the class who was bothered by it, which in itself seems a bit worrisome. Is this what we’ve become? A generation of parents who can’t just be, but has to document everything our kids do?

To be fair, some of the caregivers in the class were nannies and I presume they are simply trying to capture moments from the day as per the parents’ request. And we’ve all taken dozens of photos and videos of our kids doing fun things. That is, after all, one of the handy benefits of the smartphone. But when is it too much?

We all know that it’s not a good idea to constantly be on our smartphones or for our kids to have too much screen time. My husband and I have made it a rule in our home to never have our phones out at the dinner table or to mindlessly scroll while we’re sitting in a room with our daughter. We try to leave the room when we need to check something. We’re not anti-technology – she knows what the smartphone is and what it does. We just don’t want it to be seen as this device that constantly steals attention from her. Because let’s face it, that’s what it does when it’s out all the time.

But when our phone is constantly aimed at the kid, what message are we sending them?

I noticed something else in that gym class too. Some of the kids were very aware of the smartphones: they performed rather than played. At Active for Life we love nothing more than seeing photos of kids being active, but over time, what kind of an effect does that have on kids with sport? Will it make them more self-conscious and unwilling to try new things? What does it mean if they’re always performing?

It’s not just at the gym class, of course. It’s everywhere. I take my daughter to the science centre, the aquarium, and the park. Everywhere parents are documenting their children’s moves all the time. Everything becomes a performance.

Even if you’re not one to share much on social media and you keep the photos and videos for your family only, it’s the act of always having a phone or camera in their faces that should be a concern. Some kids may love it, others will hate it. Either way, it’s putting a lot of focus and pressure on all that they do.

If we want kids to be active and enjoy sports, we need to let them play, to try new things, and to fail so that they can learn and eventually excel. We need to give them the freedom and the space to do so without fear of embarrassment or of ruining a shot or moment on video.

I know many parents may disagree as they feel the smartphone is just part of life now, but I do think it’s important that we stop and think about what we’re doing. Do you really need hours of video or dozens of photos of your kid in gymnastics class or playing at the park?

What if we just sat back and cheered instead?

2 responses to “Do you really need that photo? Rethinking how we document our kids”

Pokemon Go: A glimpse at the future of technology and ...

The smartphone game is getting kids off the couch and outside 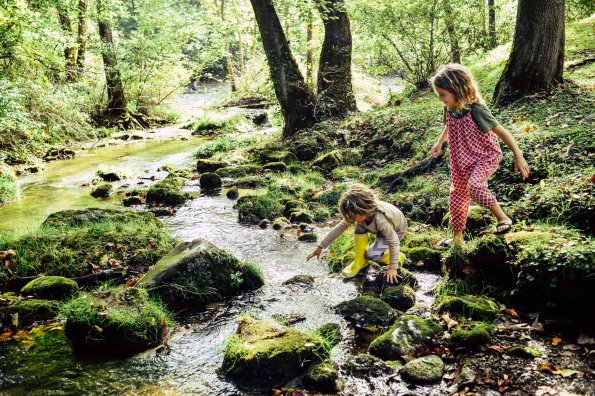 How to help children connect with nature

We live in a world overflowing with technology. Cars talk to us, phones entertain us, houses are “smart,” and wristwatches monitor our vitals. Are ...