My husband hires employees for a software company that designs an online doodad which is very popular with kids. It’s so popular, in fact, that he often gets emails from twelve-year olds (mostly girls) asking for programming jobs. Recently he got a letter from a young girl — let’s call her Jenny — that went something like this:

I’d like to work at your company. I think I’d enjoy programming. I get high marks in math but I’m not very good at running.

This letter stuck in my head when I was reading an Atlantic interview with Krista Kiuru, Finland’s Minister of Education and Science. Over the past forty years, Finland has created a free and highly successful education system that has equality as its core foundation. And the mantra of this system is: “we can’t afford to waste a brain”.

What does it mean to promote equality in education?

Equality is a pretty big word. For Minister Kiuru, it means, “that we support everyone and we’re not going to waste anyone’s skills. Regardless of a person’s gender, background, or social welfare status, everyone should have an equal chance to make the most of their skills.”

Class sizes are small and struggling students get more support than others because “those individuals need more help. This helps us to be able to make sure we can use/develop everyone’s skills and potential.”

Can we also promote equality in physical activity?

All this brings me back to Jenny and her compulsion to share that she wasn’t good at running. What I hear her saying is that she might as well go into programming since she’s not good at sports. Which makes me feel that zero has changed since my days back in elementary school/junior high where being good at math and crap at sports meant your future as a non-active geek was pretty much guaranteed.

But this doesn’t have to be. In the same way that Finish schools emphasize equality with learning, we can do the same with physical activity. Kids develop physical literacy when they are given lots of opportunities to learn and practice different movement skills. And, given the same opportunities, all kids — regardless of their gender, background or socio-economic status — can become physically literate.

In Jenny’s case, maybe she just needs a little extra guidance and some extra practice to, literally, get up to speed. Or maybe she has other physical skills that haven’t been brought out yet because she believes she can’t be good at sports.

A young athlete is a terrible thing to waste

So when Jenny says, “Oh, I’m not good at running” what’s happening here is, rather than wasting a brain, we’re potentially wasting an athlete. And I don’t think that’s okay. If I could have replied to her email, here’s what I would have said:

Thanks for taking the time to write. I love that you’re thinking about your future and the kinds of work you’d like to do. If you put your mind to it, I’ve no doubt you’ll become great at programming, or anything else you choose to do.

You may think running is not so important for programming but that’s not quite true. Moving your body is just as important as moving your mind. And being active will help you to think and feel better. It’s scientifically proven!

Talk to your PE teacher, or maybe think about trying a sport like soccer or baseball where you’ll get to run a little bit. You may not be very good at first but with practice and some help from your coaches and teammates you’ll get better!

Moving your body can be a lot of fun. Many of our programmers do different activities like climbing, cycling, and playing Ultimate Frisbee. And while most of them feel they’re much better programmers than athletes, that doesn’t stop them from doing both — and you can too!

Best of luck to you. 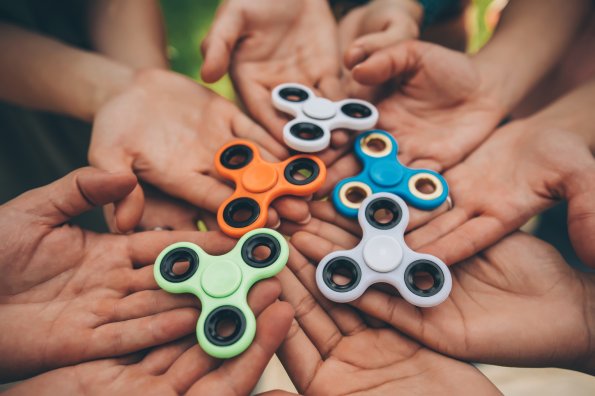 Try these fun activities with a fidget spinner

Your guide to the new Passport for Life project