Toronto parents have a new option when it comes to their children’s fitness. Jonathan and Tania Skelcher have recently opened Fitfix Junior, a one -of-a-kind facility for kids where all the programs are designed and delivered by highly trained professionals for the same price as, or in some cases less than, competing programs.

Jonathan is a veteran in the personal training industry – he’s been training people since 1985 – as well as a certified mountain bike and cycling coach. He opened Fitfix, a training studio for adults, in 1999. And Tania spent seven years as a highly respected children’s tennis instructor before becoming certified as a personal trainer and joining her husband at Fitfix last year.

Where: Toronto, ON
Who: Ages 10 and up
When: Year round
Activities: Health, fitness, and training

The notion of Fitfix Junior was conceived when a client, who is a mom with an active 3-year-old, commented that there was nothing in the neighbourhood for kids and that Jonathan and Tania “should really do something”.

Less than a year later, Fitfix Junior was born. It’s a place where parents can bring their kids to learn how to take care of their bodies in a healthy way. Children learn movement skills and habits that will set them up for success in athletics and in life. The classes prepare little bodies for the stresses that sports puts on them with a focus on injury prevention.

Jonathan and Tania want to help parents combat what we know is an epidemic: lack of physical activity and obesity among youth. Statistically speaking, Jonathan says that it is a given that as soon as they have the chance, kids will walk into the corner store and buy a sugary drink.

That’s why he wants to educate our kids and teach them that there are better choices. Choices that are healthier for them and that will help them study better in school, keep their focus and sustain their energy level. Fitfix Junior is a voice that might cut through to the kids because of the fun and active way they are learning these lessons. The delivery method is different than what they might get at school or at home.

And the approach the couple is taking to get as many possible kids educated and moving is to offer three streams of classes that are meant to connect with three very different types of kids. They created classes for kids who are already participating in sports, a general fitness stream for kids who aren’t in sports and an innovative “Arts and Movement” class that has been specially designed to meet “artsy” kids halfway.

With these three approaches the duo feel certain they can meet the needs of almost any child in a fun and safe environment. And there is no such as thing as starting too early. Jonathan and Tania hope that the babies in their Mommy and Me classes will still be with Fitfix Junior when they are 12.

Knowing that their time with the kids is limited, Jonathan and Tania suggest that parents need to be physical with our kids. This could be as simple as going out for a walk as a family. But the main message they deliver is that it’s important for families to be active together so it’s not just the child doing their own physical activity. As parents we need to try and mirror that image as well.

Tania pointed out part of the problem is that everyone is doing the same thing that has always been done but there’s so much more working against us now. If our children’s activity levels don’t increase, it is that much harder to help them stay healthy with all the fast food, video games, computers and smart phones keeping them inactive.

And if anyone can do it, one gets the feeling it is Jonathan and Tania Skelcher. Having spent time with them I can say their enthusiasm, leadership and passion for a healthy, active lifestyle is contagious.

Both of our kids are taking the general fitness total body classes and after just two weeks our 5 year old son is already absorbing the message. The other day when I mentioned that I might make some rice for dinner, he informed me, “Jonathan says quinoa is healthy.” 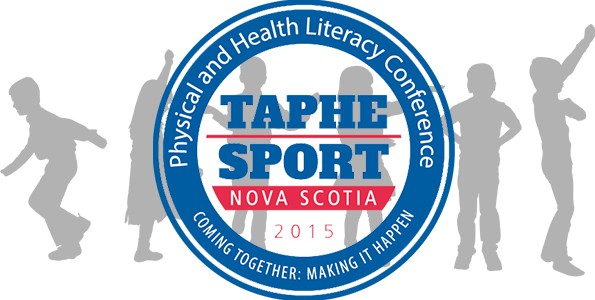 Bringing everyone together to help today's kids

What are fundamental movement skills?

In discussions of physical literacy, you'll often hear talk of "fundamental movement skills." What exactly are they?

Multisport training can help you excel in your sport of choice