A common misconception about physical literacy is that fundamental movement skills come naturally to kids. We need look no further than the natural world to see this isn’t true.

Wild animals need physical literacy in order to survive. A baby lion learns these skills from its mother. But what happens when a lion cub is removed from its mother after birth? How does it learn the skills it needs to survive in the wild?

It’s a process I was fortunate to participate in while working in a captive breeding and release program for lions outside Livingstone, Zambia in 2011.

Operated by the African Lion and Environmental Research Trust (ALERT), the program’s objective is to use captive bred lions to reintroduce a sustainable lion population into the wild.

In a captive breeding and release program, lion cubs are removed from their mothers immediately after birth to ensure survivability, health optimization, and gene diversification for the species. In this situation, without a lioness to teach her cubs, it’s up to project staff and volunteers to step in and raise the young animals.

So where do ALERT volunteers start? Helping the young animals establish fundamental movement skills is one of the first steps.

Just as human babies don’t automatically know how to walk or grip an object, lions aren’t born with the ability to stalk or grasp prey. The instinct is there, to be sure, but it requires patient instruction and supervision from an adult for that instinct to be unlocked.

Lions are highly physical creatures. It’s absolutely vital to their survival. Males must learn how to defend themselves and their pride from other territorial males, along with opportunistic scavengers such as hyenas. Females (who are almost exclusively responsible for hunting) meanwhile, must learn to work together cooperatively to stalk and bring down prey.

So it’s easy to understand just how critical physical literacy skills are in their world. While you and I will probably never have to hunt for our own food beyond stalking the aisles of the local supermarket, it’s a life and death struggle for a wild predator.

At 12 to 14 months, lions are developing their coordination and just beginning to learn the more complex physical skills necessary to hunting. They’re also starting to learn more about their environment, and their place in it.

Which leads us to the physical literacy skills every lion at this age needs to develop.

Walking is a core physical literacy skill for a lion. It forms the basis for other mobility actions such as stalking, running, pouncing and climbing; enables social interaction and bonding; and allows for environmental exploration and observation.

Every morning at 6 a.m. sharp, a group of two to five volunteers and two or three handlers would set off on a walk with two or three lions, sometimes heading for the nearby Zambezi River, sometimes merely into the bush.

Our job was to set a direction, coordinate the animals’ pathway, and ensure their safety (not to mention our own) by keeping watch for venomous snakes, crocodiles, elephants, and hippos.

Climbing (up and down)

It might be hard to believe that the regal King of Beasts ― that iconic symbol of humanity in cultures across Europe, Asia, and Africa for thousands of years ― can be awkward, ungainly … and yes, as depicted in The Wizard of Oz, even cowardly. But at 12 to 14 months they still can be.

Nowhere was this more obvious than when it came to negotiating trees. For while a lion at this age can proudly saunter up a tree trunk with abandon, getting back down again is a bit more problematic.

In our group, watching one of the lionesses reach the top of a tree trunk, turn around, and then look down with an expression of “uh-oh, what do I do now?” was priceless.

At this point, it was up to us to stand close by (but not too close) and beckon her down with words and gestures of encouragement―much as you might do with your own child if they were at the beach and not quite sure how to climb down from a high pile of driftwood.

Slowly she came down, one paw after the other … half “tip-toeing,” half sliding on her belly. When she finally reached the ground, she bounded off, by all appearances rather pleased with herself.

Being able to climb is important for lions for a variety of reasons, from negotiating difficult or rocky terrain, to being able to climb up and down a tree to survey their surroundings, or even ― on extremely rare occasions ― protect themselves from marauding hyenas if for some reason they find themselves alone.

If you’ve ever watched a nature documentary that featured young lions, then you’ve noticed that they often play with each other―wrestling, tussling and clawing at one another … even mock biting.

Play teaches lions how to grasp their prey, how to move with one another (important when bringing down a large animal as a group), and develops overall confidence. Unlike most cats, lions are highly social; physically touching each other aids in bonding and overall health maintenance―much in the same way as it does with humans.

In addition to providing a safe haven for play, we also built toys out of indigenous materials in an effort to further develop both the lions’ physical literacy skills and to help satisfy their natural sense of curiosity. Using branches, leaves and ― believe it or not ― elephant dung, we fashioned makeshift balls suspended in the air, and even constructed very crude (and I do mean crude) baboons, impalas and other animals for the lions to swat and play with.

The fact that a young lion ― in the absence of its own mother ― will respond to guidance, encouragement, and even instruction from a human being, is really rather profound. Truthfully, it was a bit of a eureka moment for me, as I realized just how similar we are to other creatures on this planet.

Just as your own son or daughter need encouragement when learning to walk, climb, or get on a bicycle for the first time, without fundamental movement skills a young eagle will never learn to fly when it’s finally pitched from its nest, a newborn impala will never figure out how to run correctly and evade capture, and a lion simply won’t be able to hunt.

Whether human or animal, physical literacy is paramount to remaining active for life.

Below you can watch a video that demonstrates some of the activities myself and several other volunteers were involved with while working with ALERT. It includes an apprehensive lioness attempting to learn how to make her way down a tree trunk, and volunteers making toys out of a combination of elephant dung and the local vegetation. 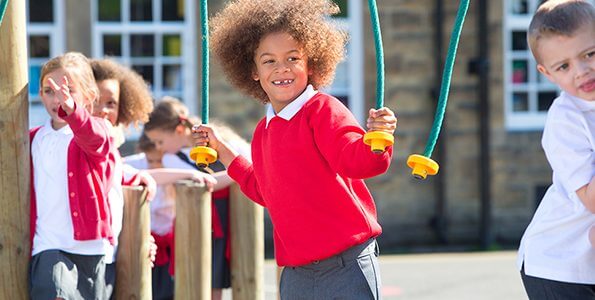 Educators can register for Module 3 of the Canada Games ...

Kids’ movement skills are declining. Here’s how we can help ...

It's never too late to improve our children's movement skills. Check out these tips for how to keep them active.

Guess what Lacombe and London have in common