I’m 29 years old, and on June 6 I’ll get to do something I’ve dreamed about ever since I was a little girl: represent Canada at the FIFA Women’s World Cup. Even better, I’ll be living my dream with my family, my partner, my friends, and thousands of Canadians. That’s one of the benefits of Canada hosting the World Cup.

I started playing soccer as a five-year-old kid in Coaticook, a small French-speaking town in southeastern Quebec. My mom tells me I was hooked from the start. I played in my hometown until I was 12, then joined a AA team in Sherbrooke.

It was a tough choice at first, because it meant leaving the friends I’d been playing with since I was little. It also meant that my Mom had to spend a lot of time driving me to practices and games, but she wanted me to do what I loved.

When I was 13, I played in the Quebec Games in Alma. I still remember how proud I was to be chosen among the best players in the Estrie region. My performance at the tournament got noticed and I was invited to the provincial team’s selection camp.

That’s when I understood that women could be professional soccer players, too. And that’s when I began dreaming about playing for Canada on the international stage.

At 15, I competed in my first National Championships with Team Quebec. I also began training at the National High Performance Centre in Montreal. In Grade 10, I entered a sport-study program at Triolet High School. I had to move into a shared apartment in Sherbrooke so that I could get to my morning practices, which began before the busses started running. My parents’ unconditional love and support made it all possible.

I did have to come up with a few arguments to convince them that I was passionate and committed enough to follow my dream. I remember talking with my dad about it when I was 18. The conversation went something like this:

Dad: What do you want to do for a career?

Dad: I’m not talking about a hobby. How are you going to earn a living?

Dad: Okay, well if that’s what makes you happy, keep working hard to achieve that goal.

I don’t come from a family of athletes, so people often ask me where my interest in sports comes from. My parents are business people (my dad started his own farm equipment business). But they were role models for me, showing me the importance of passion, hard work, determination, and perseverance. Those qualities have helped me on my journey.

Another thing I admire about my parents is that they never put pressure on me to play or to win. No matter what happened on the field and no matter the final score, my mom and dad were calm and positive. They gave me their unconditional support. If I had joined the family business like my brother and sister my parents would have been happy about that, but they understood that soccer was my passion and my dream.

Now I’m just a few days away from making my dream a reality. Along the way, I’ve had many unforgettable moments. There have been challenges too. During tough periods, I’ve even thought about quitting. But my Dad once wrote me a message that I’ve often turned to for guidance:

Don’t give up! In life, you have to go for it, you have to try to achieve your goals to the fullest. It’s not easy, you have to keep at it every day. Don’t take anything for granted. Just work hard every day.

Supporting their children’s goals is the best thing parents can do for them. Let your kids dream big, give them the tools they need to succeed, and be proud of them. In my opinion, that’s life’s greatest gift.

Why I wish I’d played more than one sport as ...

About once a year a sharp pang of regret hits me. It’s most likely to strike on one of two occasions: in the winter ... 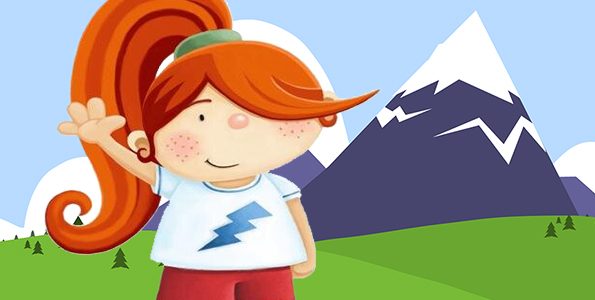 Two new Lucy books will get little kids excited about ...

Encouraging children to be active and to enjoy trying new things

FIFA’s ‘Live Your Goals’ events teach girls to play to ...