Children benefit when parents increase their own daily physical activity, according to new research by Statistics Canada.

A CBC report on the study explains that a “child’s level of physical activity rises by 5 to 10 minutes for every 20-minute increase in the physical activity of a parent.” Similarly, children walked an additional 200 to 350 steps for every 1,000 steps that a parent walked. This connection is important to keep in mind when encouraging children to get the recommended 60 minutes of moderate-to-vigorous physical activity (MVPA) per day.

A similar relationship was also found between parent and child sedentary time. For every hour that a parent spent inactive, there was an 8- to 15-minute increase in the sedentary time of a child.

Sounds like a case of monkey-see, monkey-do, doesn’t it?

There was one exception, though. StatsCan found that, regardless of parents’ behaviour, children involved in organized sport averaged between 5 and 15 minutes more MVPA per day.

In addition to activity level, there was also a link between a child’s weight and the weight of their parents. Studies showed that girls and boys with an overweight parent were twice as likely to be overweight themselves, compared to children with a parent of normal weight. Girls, in particular, were more at risk.

Children who are less active and more overweight have a greater risk of developing chronic conditions and current trends estimate that 60% of the Canadian adult population will be overweight or obese by the year 2030. These findings by Statistics Canada aren’t meant to scare us, but rather reinforce what we already know to be good: raising physically literate kids who love to move.

Please don’t take my child’s sports and activities away from ...

A year and a half into the pandemic, I worry about the impact of further restrictions on my kids' mental health. 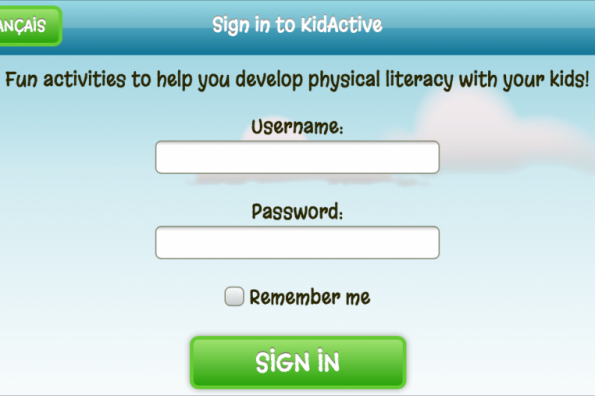 Now you can guide your kids to physical literacy in French

Gross motor skills and your child

Research indicates that gross motor skills are a major predictor of a child’s school readiness. In essence they reflect “brain skills,” yet many parents ...

My family ventures onto the ice for a New Year’s ...

Diversity, as opposed to specialization, is demonstrably beneficial in developing physical literacy