Dating the wrong guys. Wearing those lace Madonna gloves. And oh, man, getting a perm.

There are a lot of mistakes I made when I was younger. The good news is that those errors in judgment only haunt me as I look back on them. But the biggest mistake I made can’t be revealed by an unfortunate throwback-Thursday pic on Instagram, yet it’s one that I’ve spent years correcting: not being very physically active as a kid.

Fortunately for me, I developed a love of working out, swimming, and walking by the time I hit university. Good news indeed, because according to an article in the New York Times, a new study conducted by Dr. Jacobs, a professor at University of Minneapolis, reveals that the more active you were around the age of 25, the better your cognitive skills will be as you approach, and pass through, middle-age.

Working with other university colleagues across the United States, Jacobs created the Cardia Study, which used data collected from the mid-80s recruitment of thousands of men and women, then ages 18 to 30, who were given health tests to determine blood pressure, cholesterol level, and physical stamina via a treadmill.

Following up with these same volunteers years later and asked to do both physical and cognitive tests showed, “Those volunteers who had been the most fit as young adults, who had managed to run for more than ten minutes before quitting, generally performed best on the cognitive tests in middle age.”

But all is not lost. The scientists also happily found that the few volunteers who had changed their sedentary ways in later years, now performed better on the cognitive tests than those who had kept up their inactive lifestyle.

What does this mean for you? Hopefully, if you weren’t already aware, now you know how important an active lifestyle is for everything. It’s not just about being physically fit; exercise trains your mind, too.

As parents, we have the opportunity to set an example for our kids so that being active becomes second nature to them. Thus, by changing your lifestyle you’ll not only feel great but you’ll also serve as a positive role model.

Just remember that picture of you in acid-washed jeans is forever.

What to do when your kids are melting faster than an abandoned popsicle? These activity ideas will help keep them cool.

6 reasons you should roughhouse with your kids

Roughhousing shouldn’t be avoided, as it benefits most areas of your child’s development

How to get kids to eat more veggies

You've been waiting for this one! 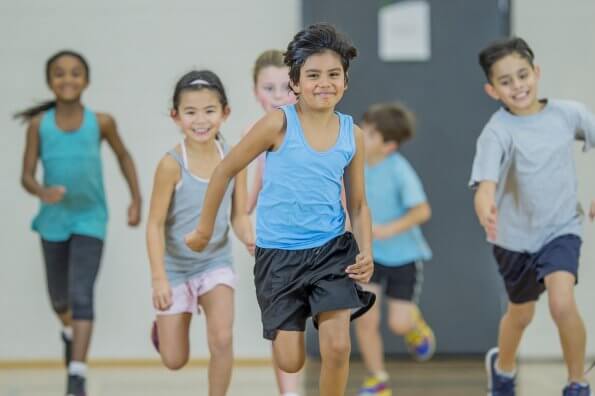