In his blog post titled “Three huge mistakes we make leading kids…and how to correct them”, author Tim Elmore outlines some of the ways our overprotectiveness as parents actually hinders our children’s development.

1. We risk too little

Think back to when you were a kid; you probably walked to school, right? Doubtless you climbed on the monkey bars and explored the outdoors, too. Aren’t those fond memories?

Our kids likely won’t have such memories to look back on. Today’s children walk to school much less than we did. They spend less time playing outdoors. As Elmore writes, “Adults continue to vote to remove playground equipment from parks so kids won’t have accidents.”

But keeping our kids from experiencing these outdoor adventures has adverse effects on them. “Psychologists in Europe have discovered that if a child doesn’t play outside and is never allowed to experience a skinned knee or a broken bone, they frequently have phobias as adults,” writes Elmore. “Interviews with young adults who never played on jungle gyms reveal they’re fearful of normal risks and commitment. The truth is, kids need to fall a few times to learn it is normal.”

2. We rescue too quickly

“This generation of young people has not developed some of the life skills kids did 30 years ago because adults swoop in and take care of problems for them,” writes Elmore, who explains how he learned to resolve conflict as an 11-year-old playing baseball after school. He and his 15 friends chose teams, umpired the games, and dealt with issues as they arose. “Today, if the kids are outside at all, there are likely four mothers present doing the conflict resolution for them.”

It’s important to enroll your child in a variety of sports and physical activities so they develop physical literacy. They’re not going to enjoy everything. Sometimes they will complain about going to ballet or baseball. However, it’s important that that we not pull them from these activities just because they put up a fuss. First, it indicates that quitting is okay, and second, they might gripe about lacrosse all season only to realize how much they loved it when next summer comes around.

3. We rave too easily

Unfounded praise can have adverse effects on children. Elmore reports that “our affirmation of kids must target factors in their control.” So just telling them they’re awesome or gifted or super can actually cause them to put less effort into their endeavours than if we praise their effort, which they have full control over.

“When we rave too easily, kids eventually learn to cheat, to exaggerate and lie, and to avoid difficult reality,” writes Elmore. “They have not been conditioned to face it.”

How to support the ‘air traffic control system’ of your ...

Help them focus, plan, and respond to changing circumstances 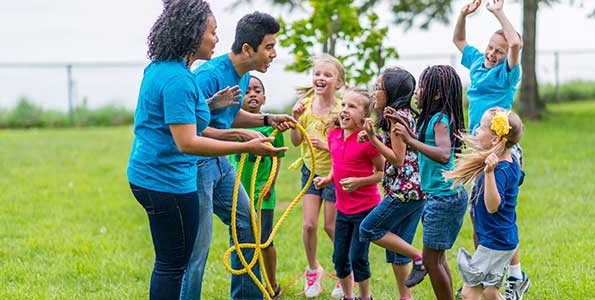 Get complete sets of physical literacy activities and lessons

Physical activity helps build strong bones for life, which is why kids need to be active