Just as the season for most minor hockey teams has ended, for some elite players it’s actually ramping up. Spring tryouts, selection camps, and showcases are the norm for bantam age kids (13- and 14-year-olds) who choose to specialize in hockey.

At the end of April, I plan to attend such a showcase in Canmore: the Alberta Cup.

What is the Alberta Cup?

The Alberta Cup is one of the “Core Hockey Development Programs” organized by Hockey Alberta. Here’s how it works.

April 28 to May 1
Canmore, Alberta

The province is divided into eight zones. Beginning in March, hundreds of U16 players compete to earn a spot on their respective zone team.

In April, the teams representing the eight regions of Alberta compete in a four-day tournament and the winner is crowned Alberta Cup Champion.

Assembling the best second-year bantam age players in one place gives scouts and coaches from the Western Hockey League a chance to assess the young hockey prospects. It’s also an opportunity for the participants to experience a very high level of competitive hockey. This is true for players and coaches, but also for many other specialists essential to the game like athletic therapists, equipment managers, administrators, and referees.

If you’re a hockey fan and find yourself in the Canadian Rockies at the end of April, come and join me. I’m sure you’ll see some great hockey being played.

If you can’t come to Alberta, visit the website of your provincial hockey branch. Many such as Hockey BC, Hockey Manitoba, and Hockey Québec organize similar tournaments.

No stroller potatoes! Why babies need active play every day

According to the Canadian 24-hour movement guidelines, babies and toddlers should not be restrained in strollers or seats for more than an hour at ... 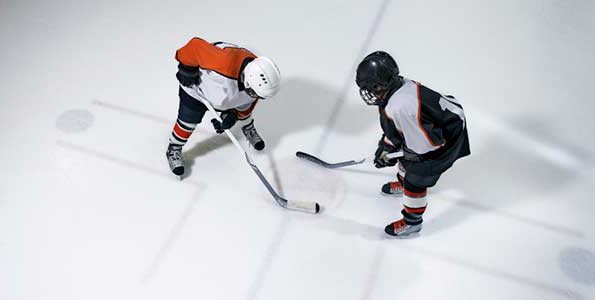 Hockey Canada and Active for Life partner with postcards for ...