On May 11, 2020 the province of Quebec reopened most of the elementary schools outside the Montreal region. In a recent interview on CBC Radio’s As It Happens, Samuel Bernard, a Grade 2 teacher in Val-Bélair, in central Quebec, explained how the first day of school went.

“First thing in the morning, when I was home, I was pretty worried,” Bernard said. However, the fear gave way to joy when the school doors opened. “Everyone was thrilled to be back,” he said. “It felt right, it felt great… but of course, there’s still a lot of uncertainty.”

Bernard’s mixed emotions are shared by many. Parents worn out by homeschooling hope for schools to reopen, but they also worry about their family’s safety. His first-person account of classroom life during COVID-19 gives parents a unique glimpse at what going back to school might look like for their own child.

At Bernard’s elementary school, the students’ daily routine is now built around washing and disinfecting hands.

“As soon as my students came inside the school, they had to put on some hand sanitizer. And then, when they were inside the classroom, they had to wash their hands with water and soap,” Bernard told the CBC.

The two-step cleansing process must be repeated before and after kids eat their morning snack, go to the bathroom, eat lunch, get their afternoon snack, and when they leave school for home.

Because of all of the procedures and safeguards put in place, Bernard said he hopes parents are reassured that their children will be safe. However, he was quick to insist that kids should stay home if there are any health issues at home that the COVID-19 virus could make worse.

A different way of teaching… and learning

With social distancing requirements still in place, students and teachers went back to a very different classroom environment.

First, depending on the size of the classroom, the number of students has to be adjusted in some cases. For Bernard, it meant that four of the 16 students in his class had to be sent to another classroom with a new teacher.

As well, teachers and students have to adjust how they work and move within the space. For example, teamwork was a big component of Bernard’s teaching style, but with desks placed two metres apart—and a strict rule that kids must stay in their space—that option is gone.

“There’s almost no movement in my classroom, so it’s hard for a seven- or eight-year-old to respect that,” he said.

Related read: How to stay active once kids are back in school

He explained to his students that the changes were necessary and that everyone had to do their part to keep the virus under control.

“This morning, it was a bit difficult,” said Bernard about the first day back. Still, he was confident that everyone would become more comfortable with the changes by the end of the week.

Uncertainty is the norm

When asked if he thought it was too early to have kids back in school, Bernard said yes.

“I feel that the main reason why we’re back is for the economy… And I think if that is the real reason, it’s a bad one, a truly bad one, because there would be a lot of consequences for that. But I have to believe them [leaders] and trust them with their decision.”

Other countries like Israel, Finland, France, Germany, and the Netherlands have also reopened schools. Was it safe to do so? Time will tell. 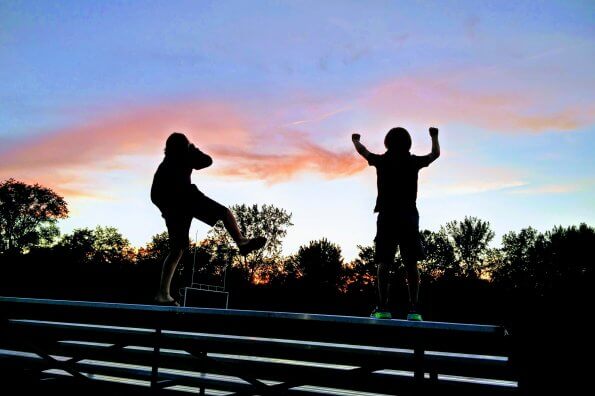 2020: The summer of trying new things

Instead of dwelling on what we can’t do this summer, we’re going to use the next two months of unscheduled days as an opportunity.

Three kinds of prompts to inspire children to play

One way to encourage kids to play is to prompt rather than suggest. Often, the activities they find the most engaging are the ones ...

Tips on how to manage the back to school madness