I’m sitting here watching my kids play hockey, trying not to think about the fact that it’s happening in our tiny living room in front of the new flat screen.

What I am thinking about is how all this hockey equipment came to be in our house.

Lately, we’ve been focusing a lot on physical activity and getting our kids engaged in sports.

The other day I was pulling my son in his wagon through our neighbourhood. (He’s four years old and maybe getting big for the wagon but his legs are little so he gets tired when he has to walk too far.)

There we were, rolling along, when we spotted something red and shiny on the other side of the street.

Curious, we crossed the road to investigate.

A man was loading a moving truck and we asked him if any of the gear was up for grabs. We couldn’t believe it when he said we could have it all!

The next thing we knew, we were walking back home with the wagon full. My son proudly steadied the teetering load as I pulled. Not one complaint of tired legs or not wanting to walk; clearly he was buoyed by visions of the slap shots he’d soon be taking.

When it comes to real ice hockey, my husband and I have mixed feelings. We know a lot of people whose kids play. Everyone says there’s a huge time commitment that affects the whole family, and the six a.m. practises and constant threat of concussions are seriously unappealing.

But I realize that playing hockey is a rite of passage in Canada. Both my husband and my brother resent that they didn’t grow up playing the game. As parents, I know we would struggle with the idea of flat out saying no to hockey if our kids showed serious interest someday.

So it was a relief to read that Hockey Canada encourages kids to play multiple sports prior to specializing in hockey. Apparently, they can wait until they’re around 12 years old before they have to focus on hockey. (As long as they have been skating before then, and playing some hockey along the way.)

That buys time for ambivalent, time-constrained parents like us.

In the meantime, I’m happy to set up the nets and promote a little living room hockey. It’s validating to see them do something sporty together without being pushed, prodded or programmed.

The fact that they’re having fun encourages me to keep focusing on sports and physical activity. Who knows what else it may bring into our lives?

As I write this my children are standing in opposing nets, holding their sticks and singing the Canadian national anthem in unison. Game on.

2 responses to “Could I become a hockey mom?” 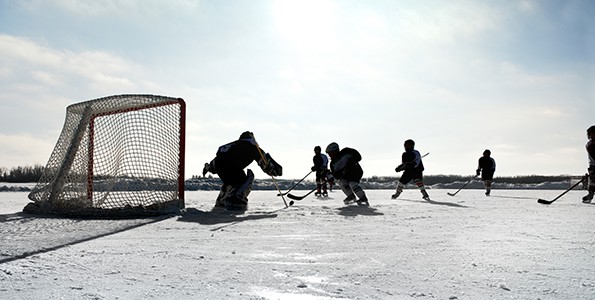 It is possible to be a casual hockey player. Here’s ...

You can play for fun in leagues, at local arenas, and in backyard rinks 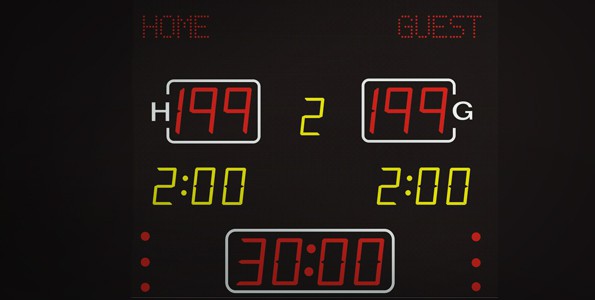 Why doesn’t my child’s hockey league keep score or have ...

Change it up and play other sports for a few months