Maybe you used to be concerned about letting your kids play outside alone because of stranger danger or because of the possibility of them getting hurt. With the recent news of free range families getting investigated for letting their kids play alone in the backyard or walk on their own to the local park, you might now also worry that letting your kids play outside means a knock on the door from Child Services (CS).

There’s no question this fear cocktail has a negative impact on our children. It means they aren’t playing outside as much and therefore aren’t developing important skills: the physical, emotional, and life skills that come from moving their bodies, being trusted to be on their own, navigating situations independently, and resolving conflicts without adults.

So it’s on us to find ways to give kids independence despite the anxiety we may have about it.

In an article over at the Huffington Post, parenting expert Alyson Schafer encourages parents to stop worrying about being investigated by CS and let their kids have age-appropriate independence.

She writes: “Our tendency is towards over-protection and over-supervision. This leads to dependent kids without skills and thus they DO need supervision. It’s a self-fulfilling prophecy.”

I’ll give you a second to take that in. The reason they need supervision is because they haven’t developed the skills to be independent.

She goes on to talk about a parent who changed the culture in her community by taking the initiative to let her kids go to a close-by play structure on their own. Her neighbour followed suit and they developed a buddy system for the six kids.

It’s a fantastic solution to join forces with other families in the neighbourhood so that kids are moving in groups. We asked our AfL Role Models how they let their kids explore independence while playing outside. Do they have rules? A buddy system? Geographic boundaries? Different rules for different ages? Here’s what they told us (please note, some of our Role Models asked to remain anonymous):

“When I go out with the kids to places like the various Royal Botanical Gardens in Hamilton/Burlington, the kids take turns being the leader and deciding where our hike will take us. At only 5 and 3, I don’t yet feel safe with them doing it on their own, but with me hanging out at the back of the pack, they still get the joy of self-guided exploration.”
— Jennifer Van Oosten

“My kids are roaming around unsupervised (aged 6 and 11) in a defined, geographically restricted area in my community where they are allowed to go without me. We started small and gradually let them go further. Like walking to school alone, or going to the local park. My oldest (11) is allowed to roam around with her friends (minimum three) in a bigger geographical area. My six-year-old is only allowed to play unsupervised alone in the backyard. My oldest always has to have her mobile phone with her in case of emergencies. When we are travelling to new places they are not allowed to roam around without adults. It is only in places I know pretty well and feel safe in.”
— Anonymous

“We’re in the mountains a lot so it’s important that the kids on my outings always stay within sight. They can hike at the front of the group and can lead the way, but they can’t go out of sight due to wildlife concerns. In the city, there is greater freedom and kids often run ahead on trails or pathways on outings I coordinate through my nature club here. My son, 7, is allowed to play outside in the backyard unsupervised but I’m generally on the main floor while he’s outside where there are big windows to watch him. My son does not walk to school on his own yet. If he had a buddy, I would let him, though.”
— Tanya Koob

“We have ‘no go’ zones on our 12-acre property, like the pond. Other than that nothing is off limits. Although we’ve had to remind the kids to use gates instead of climbing through fences, we haven’t had any issues. Usually, we are also outside or they are within sight range.”
— Holly LaRochelle

“I have different rules for my kids, for sure. My oldest is 10 and is allowed to walk to school, to the library, and even go out for lunch with friends from school. The last was a big step this year, and we talk about street safety and staying aware. It’s also always point to point. No window shopping and lingering allowed unless discussed beforehand. My younger one is 5 and she’s allowed to play in the backyard on her own and even go over to the neighbours yard on her own as long as she asks beforehand. I do make sure that the gate is always closed. Our front yard and driveway are on a busy street and I have to be out there present with them if they are playing in the front of the house. On the sidewalk we hold hands where possible and always when crossing the street. We have started to talk about street safety, though understanding is a ways off. A few months ago I started to loosen the reins a little and she’s allowed to go from one playground to the other (in the school yard) without me, but I find if it’s a busy day she likes being able to see me, and that’s okay. I like being able to see her, too.”
— Puneeta Chhitwal-Varma

Just like the parents in the original article, together, we can change the culture of fear to one that is healthy for our kids and gives them the environment they need to develop into happy, healthy adults. Join the conversation and tell us how you give your kids outdoor independence.

3 responses to “How to give kids outdoor independence” 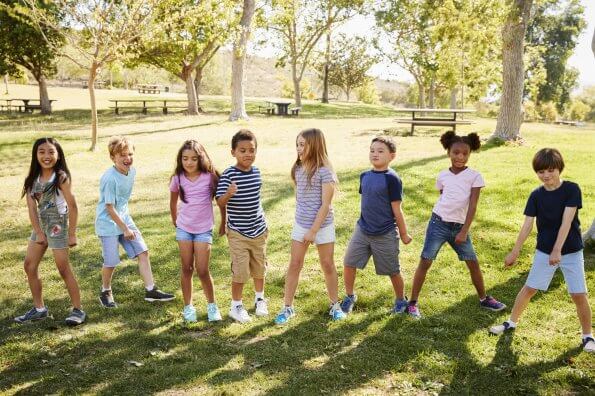 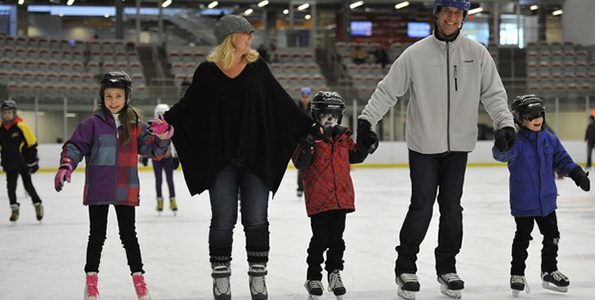