I will watch the PyeongChang Winter Olympics with my kids this February, but I will not do so with the innocence I once had.

The latest blemish – Russia being banned by the International Olympic Committee for running a state-sponsored doping program leading up to and during the 2014 Winter Olympics – really made me question whether the Olympics was something I could continue to support.

As I searched my soul for the answer to this question, I went back to the original purpose of the Olympics and it was there that I remembered the reasons I think it’s important for my kids, and all kids, to watch the Olympics.

The modern Olympic games were built on the noble philosophy of “Olympism,” which the International Olympic Committee (IOC) describes as:

a philosophy of life, exalting and combining in a balanced whole the qualities of body, will and mind. Blending sport with culture and education, Olympism seeks to create a way of life based on the joy found in effort, the educational value of good example and respect for universal fundamental ethical principals.

When applied as a philosophy, the Olympic values can truly guide and inspire people in a positive way.

At its core, the modern Olympics were built to glorify the very human struggle of surpassing one’s limitations. To elevate the importance of hard work over victory at all cost. To quote Baron Pierre De Coubertin, the founder of the Modern Olympic games:

The most important thing in the Olympic Game is not winning but taking part; the essential thing in life is not conquering, but fighting well.

The games are for and about the athletes. And the great majority of the athletes that will compete, will do so within the rules. But there’s so much more that the athletes will give.

With great courage the Olympians will step unto the playing field and perform with abandon. In doing so, they will consent to be fully exposed. They will let us to see their strengths, but also their vulnerability and humanity. It is for these athletes and their beautiful and inspiring personal struggle that I believe that the Olympics are worth watching.

3. Hope for the future

My family will watch the Games with hope for a better tomorrow. We will watch with guarded optimism that the ban of Russia is the beginning of an international robust effort to stop the decline of the Olympic Game. A first step in giving the Olympics back to the athletes and the youth of the world.

As I struggled with this decision, the Canadian Olympic committee launched its latest video, “Virtue and Victory“. The dreamlike production surprised me at first, but as I watched a few times, I found solace in the elemental question and answer it provides all of us:

“What is victory without virtue? Virtue is victory and struggle is triumph.”

We may not be able to cheer on Team Canada at the 2020 Olympic Games this year, but there are lots of fun ways ...

Canadian teams are often the ones to beat in international competition 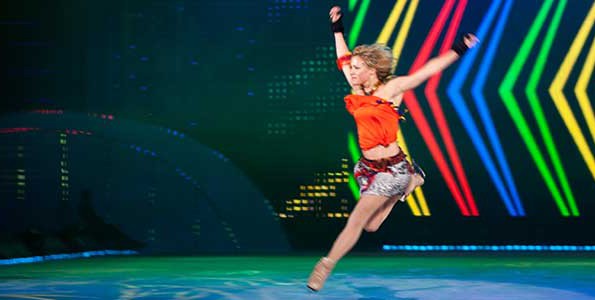