When Nicole LaVoi tells people that she studies youth sport parents, she often receives a chuckle in response. It’s an area of study that’s growing as communities work to ensure a safe and positive sport atmosphere for children. In many cases, youth sport parents are supportive and encouraging when kids need it most. At other times, sideline behaviour can negatively affect what happens in the game, and this is what Nicole LaVoi is hoping to change with her research.

LaVoi is an author, lecturer, and co-director of the Tucker Centre for Research on Girls and Women in Sport. Her coaching experience and current research earned her a guest spot on the Way of Champions podcast where she talked about the emotional experience of youth sport parents and “background anger.”

What is background anger?

A term originally belonging to child development, background anger is the idea that a child is the indirect target of verbal or physical abuse. Early research on this topic happened in the home and found that children who heard adults fighting behind closed doors had an emotional response and were more likely to develop internalizing disorders (anxiety, depression) or externalizing behaviours (aggression, acting out).

How does background anger relate to youth sport?

When LaVoi first studied the theory of background anger she realized that it could be used in the context of youth sport. Yelling at the referee, coaching from the sidelines, and spectators exchanging insults are all examples of background anger that affects kids. According to LaVoi’s research, as children perceive more background anger, they are more likely to self-report negative sport behaviours such as cheating, intentionally injuring the opposition, and arguing with the referee. In a sense, kids turn to cheating when they realize how much the outcome matters to parents.

What should parents say at youth sport competitions?

According to kids, nothing. According to research, LaVoi explains that parents should follow two simple guidelines: show up and shut up, and cheer when everybody does something good. When spectators adhere to these recommendations, it’s possible to eliminate the two most common kinds of background anger in youth sport, yelling at the referee and coaching from the sidelines.

Still, it may be useful to implement LaVoi’s “ABC” model that encourages parents to take the perspective of their child and change their sideline behaviour.

At the end of the day (or game), it’s important that coaches and parents work together to create a positive sport experience for children. As Nicole LaVoi explains during the podcast, winning and character development can happen together, and it’s up to us to keep it that way.

LaVoi’s advice seems to line up with what kids are saying. Have a look at this video where kids talk about what they do and don’t want from their parents: 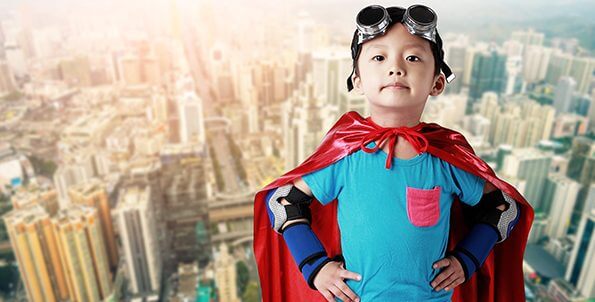 A wonderful opportunity to show your appreciation