Running — and sprinting in particular — is a fundamental skill that supports a multitude of other activities. If you know how to sprint properly, you’re more likely to enjoy a wide range of sports and activities that emphasize this form of running.

Have you ever gone to a school track meet or sports day for your kids? Have you noticed some kids are clearly better sprinters? They’re not just faster — they look better when they run. Same thing when you watch a kids’ soccer game or even a simple game of tag.

Meanwhile, some kids look like a randomized mass of flailing arms and legs, and their heads seem to waggle in the wind like dashboard bobbleheads.

The kids with decent technique are not “natural born” sprinters. They have simply developed some good running mechanics at some point in their lives, whereas the other kids haven’t. Most kids are never taught how to run properly.

Here are the basic elements of correct sprinting technique:

How to teach kids the basics

You can teach these basic mechanics to kids ages 7 years and older without lecturing them on human anatomy. Simply coach them through the movements while they run:

If you teach kids in this manner, their eyes will see how it looks to sprint correctly, their bodies will learn how it feels, and their ears will hear verbal cues for remembering key elements of technique.

Congratulations! You have helped a new generation to run well. From playing tag to chasing a soccer ball, they will use this essential skill in more ways than you will ever imagine.

131 responses to “Running: How to teach kids to sprint correctly”

How gender-neutral coaching benefits all children 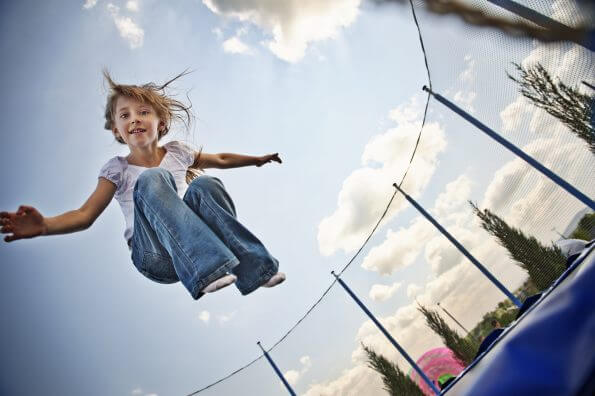 How to help your child master movement skills in the ...

Jump into action with these tips

A generation is missing out on essential motor skills

Hand dexterity is a critical skill best developed while young