Amy Walsh’s childhood memories include weeks of unstructured fun at her grandparents’ cottage in Quebec with her four siblings, playing outdoors at home for hours on end, and trying lots of different sports and activities like ringette, volleyball, track and field, cross country running, swimming, gymnastics, basketball, and soccer.

Her active-living role models as a child were her older brother (she wanted to do everything he could), Wayne Gretzky, and Connie Cant. It was while reading an article about Cant, a fellow St-Bruno resident and a member of Canada’s first national women’s soccer team in 1986, that Amy learned that Canada even had a national women’s team.

Spurred on to play soccer at the highest level possible, Amy played as a midfielder at the University of Nebraska and subsequently for the Atlanta Beat, the Ottawa Fury, the Montreal Xtreme, and the Laval Comets. She also spent 10 years with Canada’s National team, playing in two World Cups and at the 2008 Olympics in Beijing. Amy had an extremely successful career and in 2017 was deservedly named to Canada’s Soccer Hall of Fame.

Now a mom to an 8-year-old and 4-year-old twins, Amy is an inspiring role model and spreads her message of the importance of movement with both her own family as well as a great number of others.

We recently had the opportunity to interview Amy and were struck by how amazing she is and how much we can all learn from the way she lives and parents. Here are our top tips inspired by Amy Walsh.

Amy Walsh is excited to be able to share her message of healthy living with the AfL community. She is passionate about bringing attention to the need for movement, and the message to not have kids specializing in one sport at an early age to the grassroots level. Providing kids with active role models, a variety of organized sports, and free, exploratory play, are all vital components that Amy prescribes in raising happy, active kids who will live happy, healthy lives.

1. Give kids time for unstructured and exploratory play

Amy ensures her kids have lots of time in the outdoors, whether it’s at the family cottage, the park, the skating rink, a hiking trail, or their own backyard. Venture into her backyard and you’ll find various pieces of play items including wood to balance on, balls, skipping ropes, a climbing frame, and more. Let the kids play without a lot of direction and they’ll surprise (and inspire you) with variations of play you never even considered. As Amy says, “give a kid a hula hoop and they’ll find 10 ways to play with it.”

Amy is a firm believer in kids playing multiple sports. Her own kids play hockey, football, and baseball, but none of the sports “crowd her calendar.” Instead of kids and parents feeling like sports is akin to an “appointment,” she wants kids to want to be active and wants parents to know that they don’t have to feel pressured to register their kids for every off-season camp and development sessions. She is also a strong believer in the fact that when kids play one sport and become used to rigorous and specialized training, the “freedom of exploratory play vanishes from kids’ day-to-day activities.”

3. Expose your kids to role models who live healthy and active lives

Amy and her family members are exemplary role models in her own children’s lives, as well as the lives of those in her community. Amy’s husband is a volunteer hockey coach on their son’s team and her mom can be found doing cartwheels in the backyard!

4. Play with your kids

Amy describes herself (with an infectious laugh) as a “weirdo mom.” When she is at the park with her kids, she watches and mirrors their movements. When her 8-year-old climbed up the poles of a swing set and shimmied from one side of the set to the other, for example, Amy imitated the same motions on a set of monkey bars. She can also be found at the park doing chin ups while her kids monkey around.

But don’t worry if you’re not an Olympic athlete like her (I’m fairly sure I couldn’t do one chin up!). You can join in with simple games such as hopscotch, catch, follow-the-leader, and balancing games.

Amy is a yoga practitioner as well as teacher. As a top-level soccer player, she first discovered yoga as a means of recuperation from a nagging knee injury and soon came to find that it brought her not only stronger muscles, balance, and flexibility, but that it also brought a release and a calm to her life. Inspired by multiple yoga experts, Amy has adopted a variety of yoga types and has added weightlifting as part of her practice. It’s her vast knowledge of yoga practices which has led her to teach the activity to students at a sports-focused high school in Quebec.

I was so inspired by Amy’s devotion to yoga that I have begun looking into an at-home yoga practice myself.

6. Eat how you want your kids to eat

Amy also models healthy eating. A garden in her own backyard provides her family with vegetables and herbs. A long-time vegan, Amy began her university studies in nutrition and dietetics and followed up her love for healthy eating with courses through Rouxbe, an online cooking school. When Instagram followers saw photos of her dishes, she was asked by several to provide meals as a business. While initially providing weekly menus and meals to families, Amy now provides lunches and snacks for workplaces.

7. Give back to your community

As a devoted and generous member of her community, Amy has also offered her time and vast knowledge to establish a program for kids on alternate Saturdays. The activity provides kids, including her own, with a warm-up led by Amy, followed by play at various stations she sets up. The stations each provide kids with the opportunity to develop gross motor skills through free play. Parents learn about the various movements while their kids move freely from obstacle courses, throwing stations, balance stations, rings, etc.

Obviously we’re not all able to go to this extent but we can volunteer to coach or manage our kids’ teams, help run active activities at school, or become play angels.

Why I’m thankful for my kids

My son and daughter enrich my life in so many ways

Raising a generation of inactive kids is AfL Role Model ... 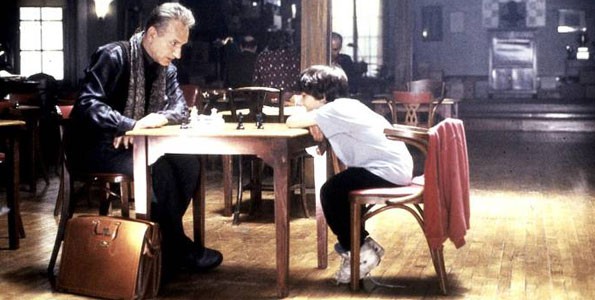 3 things parents can learn watching the movie Searching for ...