Much as I hate to be the bearer of bad news, I feel I have to share this stat with you: of the 20 million kids in the U.S. that sign up yearly for team sports like hockey, soccer, and baseball, almost 70 percent will quit by the time they’re 13 (according to Michigan State University). The number of kids in Canada is different, but it’s reasonable to assume the percentage is similar.

Team sports are a great way for kids to be active and with spring just around the corner, you may want to sign yours up for a new season of soccer or baseball. But how can you keep them from saying, “Never again”?

Australia’s news.com offers some insights into why kids may want to quit.

1. They’re not having fun

Team sports offer a unique place for kids to learn about co-operation, winning and losing, and all that other good ‘moral fibre’ stuff. But kids don’t play sports for the fibre. When asked why they play, the number one answer kids give is ‘to have fun’. For them, having fun during a game is even more important than winning the game. So while their team may be doing well in its inter-city league, if your kids aren’t enjoying themselves, they won’t stick with the sport.

2. They feel awkward, because they lack physical literacy

Nobody likes to feel they’re all elbows and thumbs, especially when they’re around their peers. Kids want to feel reasonably skilled when they play a sport, and if they feel awkward or klutzy, they give up. Confidence and competence come from physical literacy, and your kids develop physical literacy by getting a good grounding in basic movement skills like throwing, running and kicking before they’re asked to dribble a soccer ball in a competitive match or shoot a free throw in basketball game. Sports organizations – Hockey Canada is a great example – are now hip to the importance of physical literacy and have created programs to develop a child’s physical literacy and keep building on it as they grow older in sport.

3. You’re being too ‘enthusiastic’

You love your kids. You want to be there for them, to root and cheer for them and so you – and all the other parents – come out to watch the games. And this is great. Unless you’re one of those parents who takes the game too personally. Most of us are pretty decent people but often there is that one ‘enthusiast’ who is all aggression and noise. Unfortunately, it only takes one to wreck the game for everyone else, kids included. FYI, kids notice these things and while it’s worse when it’s their parent, kids do not groove on any parent being obnoxious from the sidelines. Fortunately, there are ways you can help to change this behavior and keep your kids in the game.

According to Peter Gahan, head of player and coach development for Australia Baseball, kids know whether or not they played well. Going over the game again or getting into what they could or should have done differently really won’t help them, and it’s more likely to turn them off playing again. The car ride home is an important time for kids to just sit and let the game sink in. If you want to be supportive, ask them to tell you one thing that was fun about the game (especially if they lost) or, better yet, try: “I loved watching you play out there.” The things we say make a difference!

Editor’s note: An earlier version of this story suggested that all obese children were inactive. This is not always the case. Some overweight and obese children are active and physically literate. We’ve changed this story accordingly.

13 responses to “Why kids quit sports”

Fundamental movement skills and play are crucial to survival

At long last, a great sport movie to watch with ...

The story of Lakey Peterson's rise to surfing fame is inspirational 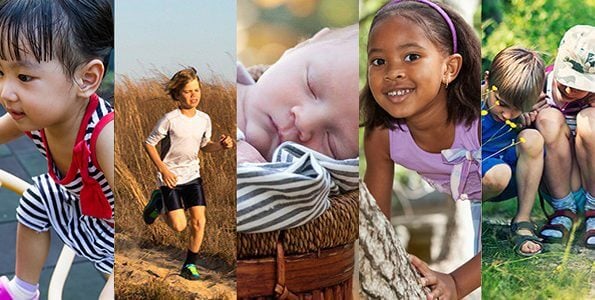 Mother Nature is calling you