If Home Ice were a hockey game instead of a humour-fuelled book about Canadian hockey’s impact on kids and families, it would be a goal- and penalty-filled contest that ends in a tie. Lots of people get hurt and no one really wins, not those who would defend the state of organized hockey in Canada, nor those who condemn it as a warped ideal that produces a few superstars at the expense of many others.

In fact, the book’s author Angie Abdou exits from a tumultuous season as the go-to parent of an Atom hockey player in small-town B.C. far wiser, but not quite decided on whether hockey is closer to heaven than hell. In her telling, it’s plenty of both, which makes this entertaining book a valuable part of the broader discussion about what hockey is, and what it should be, in this nation.

Abdou is a brave, fine writer, an accomplished novelist whose 2007 book The Bone Cage has been ranked among the top 10 Canadian books ever written about sport. Her first non-fiction book Home Ice mixes in research related to concussions, gender bias, and registration numbers with an emotional tell-all on the strains in her family resulting from countless hours spent in hockey rinks and on treacherous winter roads.

From the extended title of the book – Home Ice: Reflections of a Reluctant Hockey Mom – some may dismiss it as the reaction of an accidental hockey parent who just doesn’t get it. Not true. Sport is anything but new turf for Abdou, a former competitive swimmer whose brother Justin represented Canada at the Olympics and coaches the sport today.

In a nutshell, she’s got game.

As much as Home Ice skewers Canadian hockey for its escalating costs and obsession with competitiveness, that criticism is balanced by an athlete’s appreciation for the heady benefits of training hard and excelling in a sport. Looking back on what sport meant to her, Abdou writes: “Swimming gave my life meaning in the daily work, in the dedicated quest to long-term goals, and in the rewards of competition as well as the disappointments.”

Along the way, she delivers invaluable observations for parents.

1. For all our ‘Have Fun! Try hard!’, you know what also makes kids happy in sports? Winning. Scoring goals. Being good.

Abdou’s son is a highly-sensitive kid with struggles on and off the ice. But nothing gives him more joy in life than when he scores, or when his team plays well or beats a strong team. When kids are winning and having success on their own terms it’s a magical thing. With younger children the pleasure tends to dissipate quickly and stays at the rink, but as kids age, the positive emotions from scoring a goal can boost their mood for hours after they leave the rink.

2. Coaches should be held to the same standard as teachers.

Abdou borrows this line from another writer, Jennifer Margaret Fraser. Abdou is confounded by hockey’s tolerance of old-school coaches who regularly employ bullying tactics on players.

3. Kids shouldn’t spend more time in organized sport per week than their age.

Another borrowed precept, this time from Changing the Game Project founder, and AfL Role Model, John O’Sullivan, that Abdou heartily supports. “We know that to thrive, kids need downtime and unstructured play,” she writes.

4. Organized sports can put a serious strain on marital relationships.

A central theme in the book, Abdou’s frank discussion of her own marital turmoil dives into real-life drama to tackle the broader topic of the seeming incompatibility of parenting and romantic love. It’s hard to imagine any parent of a child in organized sport who doesn’t recognize some of the stresses Abdou writes about so compellingly.

5. For hockey to be Canada’s game, all Canadians need to get the same chance to play.

Abdou says this to her son during a conversation about why the NHL remains the most segregated (overwhelmingly white) professional sports league. She cites studies and books on the subject, and on research that puts the blame largely on the cost of hockey. “Families with more disposable income gravitate toward this expensive sport,” she writes.

To hear more about what Angie Abdou has to say about youth hockey and being a better sport parent, listen to a recent interview she did with CBC Radio. 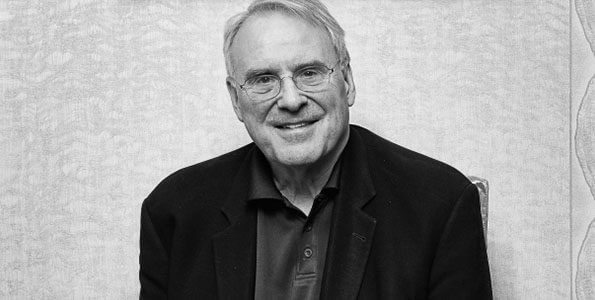 Active for Life podcast: John O’Sullivan from Changing the Game

Have you seen our “Active celebrities and their active kids” ...

From Jennifer Garner to Prince William