Kids need to be active. They need to understand their bodies and the world around them in order to develop physical literacy―the key to healthy, lifelong activity. And one of the best ways for them to develop this is through roughhousing.

A little horseplay with mom and dad will help prepare your kids for the inevitable knocks and bruises life throws their way as they grow up. That goes for boys and girls.

As this Art of Manliness article tells us, roughhousing has six noticeable benefits for your children.

“Roughhousing requires your child to adapt quickly to unpredictable situations. One minute they might be riding you like a horse and the next they could be swinging upside-down … the unpredictable nature of roughhousing actually rewires a child’s brain by increasing the connections between neurons in the cerebral cortex, which in turn contributes to behavioural flexibility,” write Brett and Kate McKay.

Don’t just “let” your kid have the upper hand, either. Whether she’s going to pin you or escape your grasp, make her work for it. The roughhouse arena is the ideal place to show your child that persistence breeds success.

For one thing, the resilience gained from roughhousing helps your child to “see failure more as a challenge to overcome rather than an event that defines them,” meaning she’ll develop the grit necessary to overcome bad grades and keep trying to learn challenging subject material.

Some parents – particularly moms – worry that roughhousing will get kids too riled up. But research shows that children who roughhouse frequently are usually more socially and emotionally competent than those who don’t.

The article quotes Dr. Stuart Brown, an expert on play, who says that this kind of activity helps kids tell the difference between play and actual aggression, and teaches them about cooperation and taking turns. Horsing around with your kids requires you to take part in a give-and-take – sometimes you are chasing, other times you are being chased – so that everyone has fun.

Roughhousing is an opportunity for kids to learn boundaries. It also gives you the opportunity to teach them about the appropriate use of strength and power. Parents, being bigger and stronger, often take the dominant role; holding back and giving in sometimes shows winning isn’t everything, and that compassion and restraint should be shown for those weaker than you.

5. Roughhousing gets your kids physically active

Combining physical activity with fun from a young age is a great way to set your child up for a physically active life. As the McKays suggest, “All that running, tumbling, and tackling helps develop strength, flexibility, and coordination in your child.”

Personally, I had great times wrestling with my dad when I was a kid. We called it “rough and tough” and there was plenty of roaring from him and chair-leaping from me.

But at the same time, I also have fond memories of roughhousing with my mom.

We’d square off on her bed and try and make the other touch the “lava” on the ground without touching it ourselves. But she started to get pretty bruised up by the time I turned seven or eight, so lava-touch had to stop.

Gross motor skills and your child

Research indicates that gross motor skills are a major predictor of a child’s school readiness. In essence they reflect “brain skills,” yet many parents ... 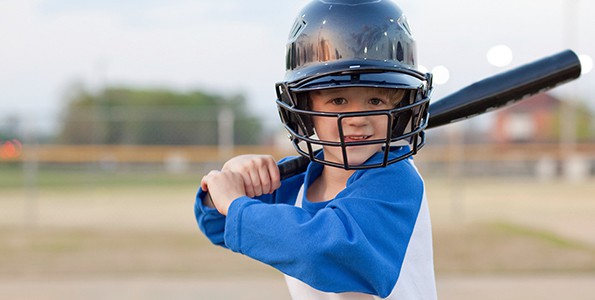