Caroline Bisson is the first to admit that as a child, she wasn’t particularly outdoorsy.

“I preferred to stay warm reading inside,” she says with a laugh.

Not anymore. Bisson is one of 54 athletes on Team Canada in Sochi, Russia. She is competing in cross-country skiing and biathlon at the Sochi 2014 Paralympic Winter Games.

She first tried cross-country skiing when she was about 10-years-old, but gave it up until 2007, when her boyfriend talked her into giving it another go.

But in 2009 she was diagnosed with a rare form of bone cancer. Later that same year, her arm had to be amputated to remove a malignant tumour in her left shoulder blade.

Some would give up skiing. Bisson, on the other hand, just reconsidered how she did it.

“I didn’t really have a lot of experience skiing with poles,” she says. “So learning to ski without poles wasn’t too difficult.”

There have been challenges, however. “Skiing is about weight transfer, and I don’t have that residual member that creates a symmetry in movement,” she explains. “I have to turn my torso in order to create that backward movement, which allows my left leg to move forward.”

Two years ago, she added a new sport to her accomplishments: biathlon, a sport that combines both cross-country skiing and shooting. Unlike the Olympic biathlon, where competitors use .22 rifles, Paralympians use air rifles, because air rifles are lighter and easier to handle. Their coaches carry them onto the range during competition, and amputees such as Bisson use a special brace to hold the gun in place.

“We use a stand that looks like a big spring, and I have a shoulder hook to provide more stability,” she explains.

The Chelsea Nordiq Ski Club, her hometown club, purchased the hook — which cost about $300 — for her, when she started to seriously compete.

“They did so many great things for me,” she says. “No one even knew how far I would go, but they were so committed to helping me.”

“I think there is less money for Paralympic sports,” she says. “There are a lot of programs that exist, regular programs, but for Para-Nordic skiers, there are less programs.”

Part of that, she says, may be because typical Olympic athletes start training early in life, while potential Paralympians may start at any time — in childhood, or as adults.

“They come from all walks of life at all ages, and with a variety of experiences in terms of sports,” she explains. “It’s complicated to develop programs because they don’t follow a set course.”

But, she says, it’s important to persevere, to find what works.

“Sports have made me feel more confident about my body,” she says. “And when you feel good about your body, you feel confident.”

That confidence propels Bisson to both success and acceptance of her abilities.

“I may fold clothes slower or chop vegetables slower than I did before the amputation, but I’m a much faster skier,” she says.

“Life changes us, but it may also push us to become good at different things.”

How to cross-country ski without a track

My family loves cross-country skiing on groomed trails, but we discovered early on that it's a lot of fun to venture off the track. ...

Having an active family was key for Canadian curler Jill ... 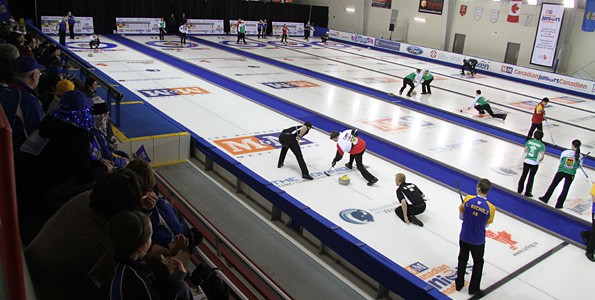 Experience Olympic curling with your kids

If your kids enjoy being active and playing strategy games, curling is like "chess on ice"