Girls across the country are lacing up their hockey skates and cheering each other on as they learn the basics of the sport with Hockey Canada and Esso Fun Days.

Since 1998, Esso and Hockey Canada have offered Esso Fun Days to females of all ages who are new to hockey. The free intro-to-hockey program supports new female players who want to meet friends and have fun, develop basic fundamental hockey skills, and learn more about the game in a supportive and inclusive environment.

Since it originated, the program has introduced thousands of girls and women to hockey, with approximately 80 events held annually across the country.

Hockey Canada, the country’s national governing body for hockey, counts the program as its largest recruitment tool for girls and women. The goal of the program is to help girls gain the skills and confidence to register in a hockey program.

Related read: This online course is committed to keeping girls in sport

The program aims to introduce girls to female role models and reduce the obstacles and major gender gaps [PDF] girls face in sports, so more girls can discover a love for the game and explore their full potential as athletes.

“This program was designed to alleviate barriers, and has helped thousands of first-time players step on the ice. It enables participants to become contributing members of a team effort, experience team spirit, develop self-confidence and experience a sense of achievement.”

From Kendall Coyne Schofield tearing around the ice at the 2019 NHL All-Star skills competition to CWHL stars fighting for a pro league of their own to the introduction of a women’s three-on-three game at the 2020 NHL Skills Competition, the world’s top female players are championing women’s hockey and shattering the stereotype that hockey is primarily a men’s game.

Active for Life spoke with four-time Olympic gold medalist Caroline Ouellette, who (among other accomplishments!) in 2014 created the Caroline Ouellette Girls Hockey Celebration to promote and develop female hockey.

In addition to the competitive games of the all-girls tournament, the 2019 celebration also saw 62 girls between the ages of four and 15 try out hockey during their Esso Fun Day event. Twenty-two coaches were on the ice with the girls, including national women’s team members Sarah Vaillancourt, Lauriane Rougeau, and Emmanuelle Blais.

“I’m really proud and excited to partner up with Hockey Canada and Esso for this session,” said Ouellette. “Our mission at the Girls Hockey Celebration is to connect young girls with successful female role models in academics and athletics; our coaches! We hope that they will fall in love with hockey the way we have and that we can help them discover all the possibilities within our sport.”

Related read: Coaching girls? Here are three ways to help them get more out of the game

In Alberta, the Lake Bonavista Girls Hockey Weekend has added Esso Fun Days to its event for the past two years. Past professional players and international Olympians have been involved in the all-female coaching staff, which includes Taryn Peacock and Casey Irving.

“We want the girls to have strong female role models and to see that they can play and love the game as well.”

Activities during the Lake Bonavista session included one hour of on-ice games, followed by post-skate snacks, while the coaches gave a talk and answered questions, as well as afternoon yoga to cool down and relax.

While some associations choose the single-day event, the program can also be offered in a six-week format. Hosts can apply for a subsidy to fund the event and are also sent a host package that includes jerseys and pucks for every new-to-hockey player.

“Programs can be delivered to females of all ages, youth or adult, including the Hockey Canada Timbits U7 Program, so players can experience the sport early and enjoy the game of hockey for a lifetime,” Nielsen added.

If you are part of an association that would like to present an Esso Fun Day, more information can be found on Hockey Canada’s website, in the online program manual [PDF], or by contacting [email protected]

Study shows what motivates kids to be active

As we try to avoid close contact with others right now, these no-touch games will still allow kids to play together—in a safe way.

How to become an active homeschool family

If you've chosen to homeschool your kids this year, these tips and ideas will help you become an active homeschool family.

Will the skates stay sharp this summer?

The NHL has finally wrapped another season (congratulations to the L.A. Kings), but a new hockey season is only a few months away. Canada’s ... 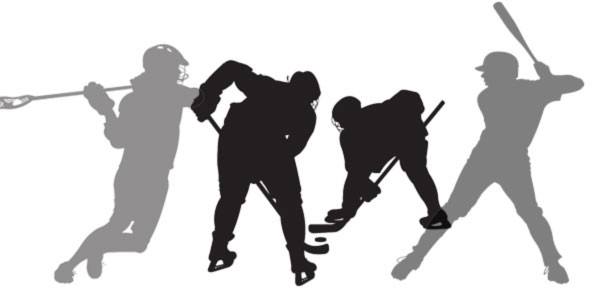 To achieve full potential, young hockey players should develop skills in other sports