The 2015 world’s junior hockey championships were played more than a month ago, but amongst hockey fans the gold medal game between Russia and Canada still comes up in conversations. Canada won, but that’s only part of the excitement. The tournament showcased a higher level of hockey — a better game.

The director of development for Hockey Canada, Corey McNabb, agrees. This is what he told Active for Life:

Having been on the ice with the Canadian World Jr. Players doing the TSN Skills Videos series over the past number of years, this was the most skilled group from top to bottom since the 2009 group that played in Ottawa.

This is quite a statement when you remember some of the players on the 2009 Canadian Junior roster: Tavares, Subban, Eberle … to name a few.

Canada has raised its game, but so has every country that competed. We witnessed a new and improved game of hockey. It was a display of the “new normal” in hockey.

What hockey’s “new normal” is, and why parents and coaches should care

The “new normal” describes the direction Canadian hockey is heading.

If you are a traditionalist, don’t worry. Hockey may be evolving, but the fundamentals are still the same, and they are still being taught and encouraged: skills, speed, and a healthy dose of “compete”.

Hockey parents and minor hockey coaches, you know that the way the game is played at its highest levels influences the way your kids want to play, and the way you will be teaching them. The new normal is making its way to you.

The simplest way to understand the idea is to know how the three fundamental elements of skills, speed, and grit are being redefined in this “new and improved” hockey.

Hockey is a technically demanding sport. Skating is difficult for most kids — now add the challenge of handling a puck with a long stick as you hustle across the ice with 11 other players.

There was a time in hockey when the average player was grit-based (remember the Broad Street Bullies?) and the very skilled players (like Guy Lafleur) were the exception. Then came a period where skills became “cool” to do and watch, but they were disconnected from the game. Kids mastered the “toe drag” in their basement, but coaches didn’t like to see it used in a game.

Today’s kids are certainly taught skills, and what’s more, if they are part of a quality minor hockey development program, kids also learn the purpose of each skill. As McNabb explains, “It’s not about teaching kids how to toe-drag the puck, but also making sure they know when and why to use the toe-drag in a game so it’s effective.”

This understanding and mastery of the many skills of the game lead to a greater degree of creativity. It also raises kids’ level of enjoyment, because they like to learn and improve.

The time when skating fast in a straight line made you a fast player is long gone. The new game requires the ability to skate fast in diverse situations. Players need the kind of speed to go around the net with the puck, which is different than the kind of speed required to pursue another player.

Furthermore, speed is not just a matter of skating fast or what experts call “quick feet”. Speed of the hands and speed of the mind are also important.

In the new normal, and in good development programs, kids are taught to develop all types of speed in combination with a wide range of skills.

3) The competence to compete … not only the willingness

Until a few years ago, Canada prided itself in developing intensely competitive hockey players. We won many medals and tournaments because of our grit. Canadian players are still amongst the most intense players in the world, but the rest of the world has caught up.

In the final game between Russia and Canada, players from both teams showed a high degree of passion, energy, and competitive spirit. This was true of most teams in the tournament.

Beyond the fact that the will to compete has become the norm, the greatest evolution of this fundamental aspect of the game is that grit has become useless unless players have the skills to leverage their will and desire.

A good example of this is Canadian junior Max Domi. Domi competed with great intensity and displayed a diverse skill set in “battle” situations. He not only displayed the courage, tenacity, and strength to battle for the puck along the boards, but Domi also displayed a great level of skills that insured that he kept the puck in these situations.

In today’s hockey, it is irresponsible to expect a kid to have the courage and grit to compete without ensuring she also has acquired the skills to do so effectively.

The new normal in hockey is not only about developing elite hockey players. It’s about making sure that kids learn the right skills at the right time so they have more fun. More skills and more fun lead to the greatest gift you can deliver as a coach and parent: players for life. And you can make sure it’s a part of your hockey program.

Play centres offer ideas for kids to play their own ...

For many children in early-years programs, learning happens at play centres, themed play areas with a specific focus.

Webinar: The New Normal in Hockey 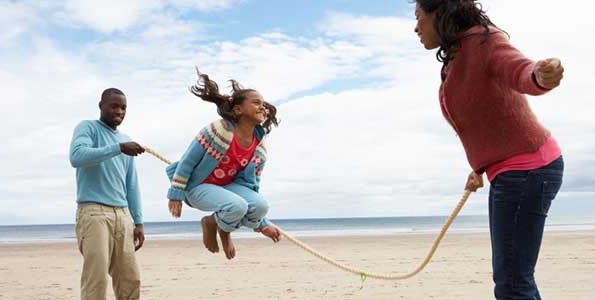 And she says being a goaltender helped her golf game