When we’re young, many of us want to be just like our moms and dads. If mom is a teacher, you’ll likely see her kids playing classroom. If dad is a mechanic, you better believe everyone is enjoying some tool-time role-playing. So what happens when dad is a successful basketball coach and mom and sister played competitively too? You guessed it; a whole lot of hoop-dreaming.

But unlike most parents who might have told their kid to keep an eye on the prize, focusing exclusively on basketball, the Pangos encouraged their son Kevin to play hockey, too. He was, after all, Canadian. And his parents knew the importance of not specializing in one sport (it must have helped that they were themselves athletes).

Indeed, Kevin was a good hockey player, and with a cousin drafted by Washington and an uncle who played in the NHL, his future in sports could have gone another way.

As it turns out, giving Kevin the opportunity to take part in multiple sports was a great decision. He did not have as much invested in being a basketball sensation like his mom, dad, and sister Kayla (who had dad as a coach at York University), which prevented the pressure, potential disappointment, and muscle overuse injuries that that often go along with single-sport specialization.

The other clear benefit of also playing hockey? It made him a better basketball player. He’s now at the age where it’s okay to specialize, and now dedicated to just the one sport, he can boast being named the 2015 West Coast Conference player of the year, as well as a third-team All-American by Sporting News.

But you’re unlikely to ever find Kevin Pangos boasting about anything. He seems to be following in his father’s footsteps when it comes to sportsmanship as well. When Kevin recently went up against fellow Canadian, Cassandra Brown, in a 3-Point State Farm championship he advised her to “go easy on him” and then humbly accepted his loss, despite his friends telling him he “lost to a girl”.

Not every family will have a shared love of a sport, but we all have the power to be role models for our kids, educating them on the importance of good sportsmanship, the benefits of physical activity, and helping them find the sport that makes them tick.

That’s what I call a parenting win! 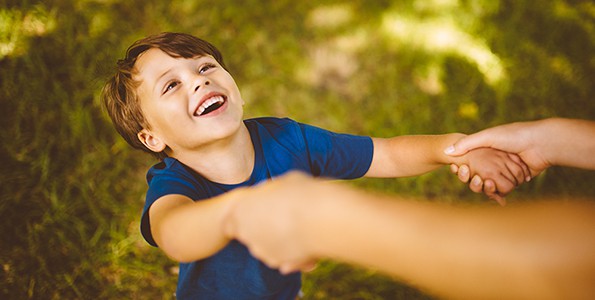 How a small Vermont town promotes fun and develops top ...

A small town's secret to happiness and excellence

This Canada Games athlete gives back with Walk a Mile ...