Motivated by a school field trip when she was six years old, Tessa Virtue started skating and was partnered with Scott Moir at the age of seven in London, Ontario. Together they have captivated the skating world for over 20 years. With an Olympic gold, three world titles, and eight national wins in their record, hopes are high for PyeongChang 2018.

Not to mention that Tessa and Scott will be leading all Canadian athletes into the opening ceremonies in South Korea. Despite their impressive skating abilities, it’s the ice dancers’ chemistry, kindness, and charm that has earned their widespread adoration by fans.

Fun facts about Tessa and Scott

Inspired by Tessa and Scott? Get started by taking the first steps to becoming a figure skater.

His active parents exposed him to a variety of sports

Olympic soccer star Karina LeBlanc has inspired international change with her powerful and passionate advocacy for girls in sport. 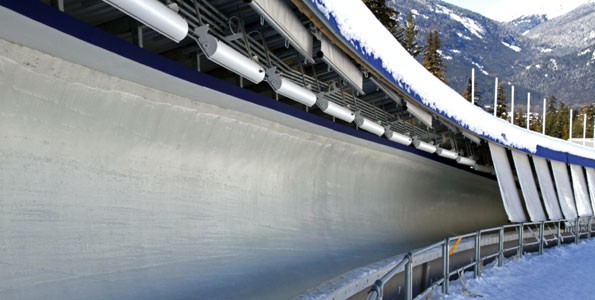 Experience Olympic skeleton with your kids

Enjoy the exhilaration on ice