A recent article where we listed the top 6 “off-ice” sports and activities that help hockey players get better generated a lot of interest.

One of the comments we received was what about goalies? Does the same list apply? Good question.

To get an answer we got advice from David Marcoux, goaltending consultant for Hockey Canada.

“Goaltending requires a combination of specific technical elements, physical ability, psychological qualities, hockey smarts & leadership skills,” he says. Long gone are the days when you put the kids who could not skate in goal. The modern hockey goalie is truly a complete athlete in all aspects.

On the physical side alone, the list of physical abilities is impressive. A goalie must possess strength, flexibility, power, core stability, balance, coordination and a wide range of motion, quick feet, and stamina.

But that’s not all. Beyond the physical abilities, a goalie must also develop focus, concentration, and be able to stay physically relaxed under pressure. So considering the multitude of skills required, Marcoux’s list of top sport and activities for goalies is quite different than those recommended for hockey players.

Are you parents of a goalie? Let us know your thoughts on this list.

My role as a minor hockey coach: developing athletic players

Adding physical literacy to the routine boosts inspiration and ability 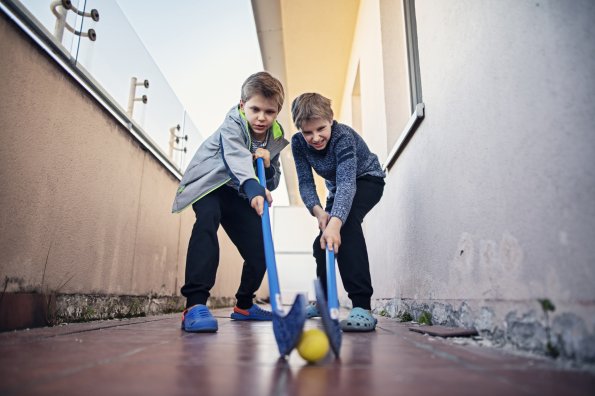 Hockey at home: How teams have stayed connected and active

With hockey’s abrupt end, coaches and minor hockey associations across Canada came up with creative ways to help their young athletes.