I find myself crying a lot during the Olympics. I may cry more now that I’m a dad (there’s just something about parenthood that makes men prone to tears) but I’ve always been weepy when it comes to the games. I feel like I’ve been blubbering for two straight weeks.

I cried when the Canadian women’s hockey team came back from a two-goal deficit to win the gold medal last week.

In the early hours of a snowy Vancouver morning, I cried watching the Canadian men’s hockey team take the gold.

I cried when I saw Justine and Chloe Dufour-Lapointe take each other’s hand while atop the podium after winning gold and silver in women’s moguls.

I cried while watching Tessa and Scott skate their sublime free program, which was a gold-medal performance to me.

I cried when Jan Hudec took a bronze in the super-G at the end of a long career that included lots of injuries and even more persistence and determination.

Every time a Canadian set a personal best, or won a medal, I misted up. Sobs escaped me even when athletes, who had tried so hard, failed to live up to the lofty expectations of an entire nation.

Cheering for Canada is great, if a little dehydrating, but you know what really made me cry? What’s making me tear up as I write this? Memories of some actions made by people that had nothing to do with athletic prowess at all, but that truly embodied what I think is the Olympic spirit.

Canadian coach Justin Wadsworth helped frustrated Russian cross-country skier Anton Gafarov, who had broken a ski during the men’s free sprint, by equipping Gafarov with a new ski. (It reminded me of the Norwegian coach who gave Canadian Sara Renner a replacement pole in Torino in 2006 so Renner could win a silver medal; Norway finished fourth.)

Gilmore Junio gave up his spot in the 1000m speed skating event to Canadian teammate Denny Morrison, who used the opportunity to win a silver medal.

Switzerland’s Dario Cologna, who won the 15km classic cross-country ski race, waited at the finish line for nearly 30 minutes to greet Peruvian Roberto Carcelen, who had fractured a rib during training but insisted on competing anyway. Also greeting Carcelen at the finish, with a hug no less, was Nepalese skier Dachhiri Sherpa, who had predicted he’d come last in the event (he came second last instead).

These examples of sportsmanship get so much attention because they seem contrary to the winner-take-all mentality that some might think is what competition is all about.

But as a wise friend reminded me just the other day, competition isn’t about results. Competition is simply what we do when we try our best at something.

I think that’s why I get so emotional during the Olympics. It’s awe at the achievement of athletes who have worked so hard, withstood such pressure, and triumphed.

I want my children to realize that we’re not really celebrating medals.

I’m trying to teach my daughter to cheer for everyone who makes an effort, who strives to achieve, who gives everything in the attempt. When her opponents in soccer make a good play or score a goal, I clap (you should have seen the quizzical look she gave me the first time I did that).

It’s why, in addition to the medal-winning performances, she and I also watched the examples of Olympic spirit. I want her to see that those actions are a part of competition, too. Maybe, just maybe, she’ll see more examples as she grows up and they won’t be so uncommon to her.

Although if she wants to get emotional when she witnesses incredible performances, I’ll have someone to bawl with. 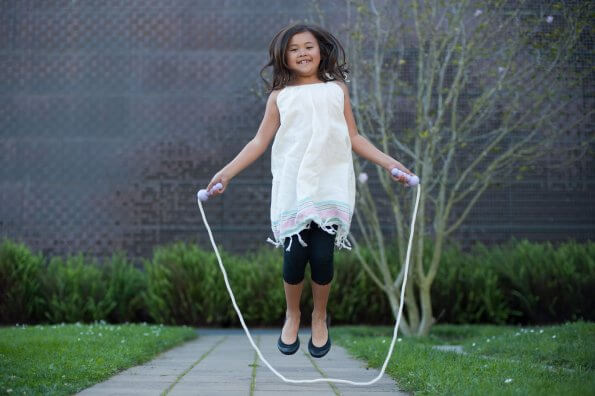 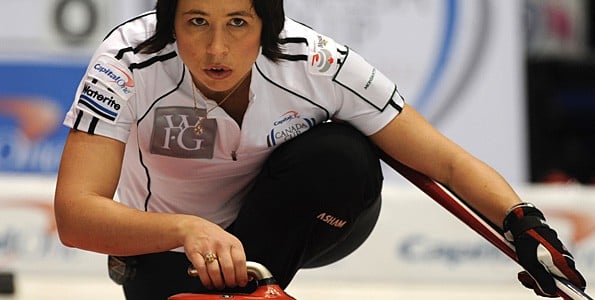 Having an active family was key for Canadian curler Jill ...

AfL Mini-Games: How your kids can curl at home

Using an unwrapped bar of soap as a stone, your kids can learn to curl at home