In January, my e-mail and social media accounts lit up with a simple image first shared with me on Twitter by @ohiovarsity.

It’s amazing because the image portrays something that is widely known among experts, widely discussed in coaching circles, and has certainly been written about by me and others many times. Yet this excellent blog article on a high school sports site got over half a million shares in its first three days because this image touched a nerve.

Why? Well, here is the image: John founded the Changing the Game Project in 2012, which promotes a child-centred approach to youth sport. The author of the book, Changing the Game, John is a training centre director for the Major League Soccer Portland Timbers. Follow John on Twitter, Facebook, or read more at his blog.

If it takes an infographic of [football head coach] Urban Meyer’s football recruits at Ohio State [the Buckeyes won the first ever College Football Playoff National Championship in January] to shift the paradigm in youth sports, then so be it. The image above clearly demonstrates that the overwhelming majority of his recruits are multi-sport kids.

This is not new information, but it has caused quite a stir. Here is what it says in a nutshell: To be an elite level player at a college or professional sport, you need a degree of exceptional athleticism. And the best medically, scientifically, and psychologically recommended way to develop such all around athleticism is ample free play and multiple sport participation as a child.

Why? Well let’s see what the experts say:

Pete Carroll, former USC and now Seattle Seahawks Football coach, says here, “The first questions I’ll ask about a kid are, ‘What other sports does he play? What does he do? What are his positions? Is he a big hitter in baseball? Is he a pitcher? Does he play hoops?’ All of those things are important to me. I hate that kids don’t play three sports in high school. I think that they should play year-round and get every bit of it that they can through that experience. I really, really don’t favor kids having to specialize in one sport. Even [at USC], I want to be the biggest proponent for two-sport athletes on the college level. I want guys that are so special athletically, and so competitive, that they can compete in more than one sport.”

Dom Starsia, University of Virginia men’s lacrosse: “My trick question to young campers is always, ‘How do you learn the concepts of team offense in lacrosse or team defense in lacrosse in the off-season, when you’re not playing with your team?’ The answer is by playing basketball, by playing hockey and by playing soccer and those other team games, because many of those principles are exactly the same. Probably 95 percent [of our players] are multi-sport athletes. It’s always a bit strange to me if somebody is not playing other sports in high school.”

Or in this interview with Tim Corbin, coach of NCAA Champion Vanderbilt Baseball, on why he chooses multi-sport athletes over single sport kids.

Or Ashton Eaton, world record holder and gold medalist in the decathlon, who never participated in 6 of the 10 required decathlon events until he got to the University of Oregon.

Or Steve Nash, who got his first basketball at age 13 and credits his soccer background for making him a great basketball player, a similar story to the 100 professional athletes interviewed in Ethan Skolnick and Dr. Andrea Korn’s book, Raising Your Game. The list goes on and on.

What about the medical experts?

As I outlined in my ebook, Is it Wise to Specialize?, and something echoed in world renowned orthopedic surgeon James Andrew’s book, Any Given Monday, there are strong medical reasons for not specializing at a young age:

And the sport scientists?

In January 2015, I had the honor of sitting in a lecture with Manchester United Performance Coach Tony Strudwick, winner of 13 titles as the fitness coach for Manchester United’s first team. His advice was that a multi-sport background sets up athletes for long-term success by lowering the rates of injuries and making them more adaptable to the demands of elite level play.

“More often than not,” he stated in a recent interview with SoccerWire.com, “the best athletes in the world are able to distinguish themselves from the pack thanks to a range of motor skills beyond what is typically expected in a given sport.” He recommended tumbling and gymnastic movements, as well as martial arts, basketball, and lacrosse as great crossover sports for soccer. Here are some other advantages:

Are all sports the same?

No, they are not. They each require specific athletic, technical, and tactical skill sets. Some sports, in order to be elite, require early specialization, such as gymnastics and figure skating. Other sports are so dependent upon physical prowess (American football, basketball, volleyball, rugby, and others) that the technical skills and tactical know-how can be developed later. There are many stories of athletes taking up these sports in their teens, even in their 20s, and playing at a very high level because of the ability to transfer skills learned in one sport to another.

However, there is no evidence that pre-teen athletes in these sports should only play a single sport. As both the hockey evidence and the interview with Tony Strudwick mentioned above demonstrate, playing multiple sports early on sets these athletes up for longer-term success. They can better meet the demands of elite level play. They are less likely to get injured or burnout, and more likely to persist through the struggles needed to become a high-level performer.

If you want your child to play at a high-level, then the best thing you can do is help them find a sport that best suits their abilities, and help create an environment that gives them the best chance of success. That environment is a multi-sport one.

The evidence is in. It’s pretty conclusive. It’s time for our youth sports organizations to not only allow but encourage multi-sport participation. Yes, it’s tough on the bottom line. But ask yourself this: Is your bottom line worth more than the well-being of the children you have been entrusted with educating?

So what do you think? Should kids play multiple sports? Only one? If you think specialization is the right path prior to the teenage growth spurt (excluding gymnastics and figure skating), then by all means bring some evidence and links to the discussion. And if not, then how about some thoughts on how we can stand up and change the status quo that forces kids to choose far too young.

Thanks to Urban Meyer and the poignant image of his recruiting class breakdown, we now have the opportunity to have this discussion. We have the opportunity to serve our children better. We have the responsibility to help them become better athletes by encouraging them to become all-around athletes. And we can do this by letting them play multiple sports. Let the discussion begin.

47 responses to “Can you guess the one thing that most elite athletes have in common?” 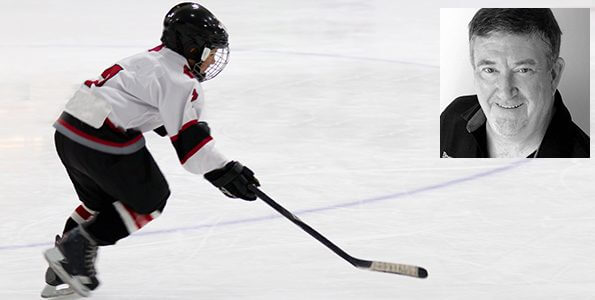 AfL Role Model Glen Mulcahy teaches kids to have a ... 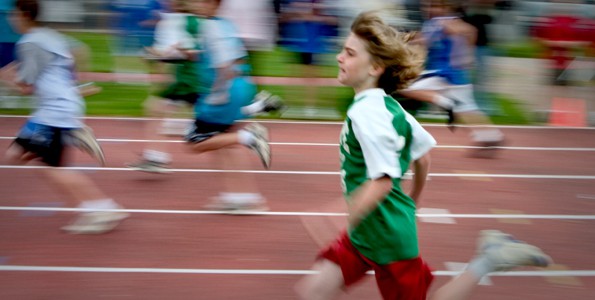 What makes a good sport program? And where can you find them? 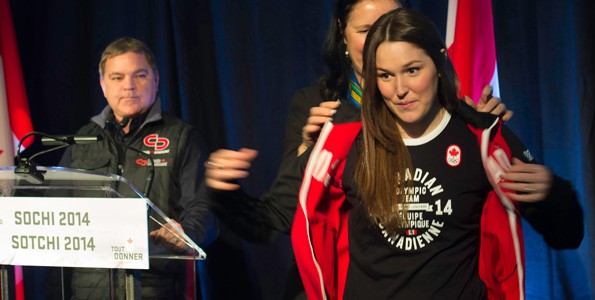