Let’s face it. Sometimes it’s really hard to be a dad.

I can’t be the only father who has days when the kids just aren’t listening and I find myself yelling at them.

And there are days when I’ve got too many things in my head and I just can’t muster the patience to give them the attention that they crave, no matter how frustrated they’ve gotten with that Lego build.

Maybe you’ve experienced this one, too.

My 10-year-old decided she wanted to be a pitcher. Sadie committed to a training session in the spring, tried out for and was selected for the team of higher skilled fastpitch players in her age group, and was chosen as one of the team’s pitchers.

And in her first big ball tournament, when it was her turn to start a game, she hit a couple of batters with some errant pitches.

If you’ve watched fastpitch, even at this age, you know that the players can really get some force behind that windmill pitch. Getting hit with a ball hurts.

And the two batters that Sadie hit both broke down crying in pain. Sadie was mortified.

That night, she told me that she was thinking about taking a break from pitching. Which is code for not wanting to pitch at all, ever again.

We talked about how Sadie needed to play the role and position that her team needed her to play. And she did. And her team finished second in the tournament.

On the way home, we talked about what it was like to be a pitcher. Everybody watching, all the time. Playing under pressure. Having the team rely on you.

I reminded Sadie how important it was to practice and offered to catch for her the next day. We went to the schoolyard that Monday and she worked through her warmup and pitched some balls and then played in the playground for a bit.

And at Tuesday’s game, it was Sadie’s turn to pitch. She stepped up on that mound, and took a deep breath, and proceeded to strike out the first two batters she faced.

Sometimes it’s hard to be a dad. But lots of times it’s the best thing in the world. 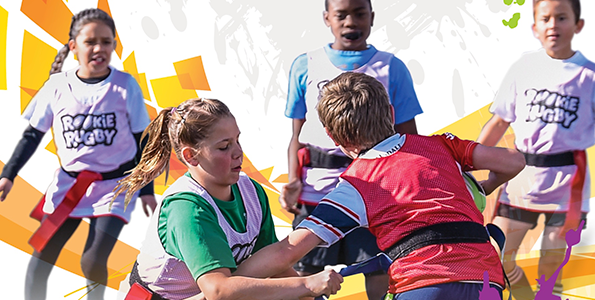 Get access to resources and materials to help kids learn rugby

Why I only have one back-to-school resolution this year