So does being active.

These days, Spencer-Nairn is the voice of police officer Karen Pelly on the new TV series Corner Gas Animated, which debuted April 2 on The Comedy Network.

But, even during the busiest weeks, she always, always finds time to hit the gym. “I’m ridiculously active,” Spencer-Nairn says with a laugh. “Working out is my sanity. It’s my happy place.”

“It’s not about ‘Can I fit into those pants?’ It’s about feeling good from the inside out.”

Not only does she find time for metabolic conditioning — high-intensity strength training — Monday to Friday, she also encourages her children to stay active, too. This spring, she’s signing them up for T-ball, and the youngest child regularly accompanies her to the gym, when she goes for her own workouts.

“I find if I take a class and I schedule it in, then I’m committed to it,” she says. “It’s understanding that it’s a priority. It’s good for me, and it makes me happy.”

She serves as a role model for her children, who see exercise as a part of regular life. When her youngest isn’t in daycare, he sits in the corner of her gym and eats his lunch while she works out; before and after her class, he gets to run around and plays on the equipment. “It normalizes exercise for him,” she says.

Plus, they see that their mom’s life isn’t just about them. “I have to take care of myself, too.”

Born in Montreal, Spencer-Nairn grew up in Vancouver and studied acting at Vancouver Film School. Her breakthrough role was Lou, the troubled teen lead in the critically acclaimed Canadian movie, New Waterford Girl, in 1999.

Shortly after that, she landed the role of Pelly on the Emmy-nominated CTV sitcom Corner Gas, which ran for six seasons on CTV, as well as Corner Gas: The Movie.

She has also appeared in various other movies and TV shows, including The Outer Limits, The Listener, Flashpoint, Saving Hope, and Degrassi: The Next Generation.

Spencer-Nairn also played Wayne Gretzky’s sister, Kim, in the 2005 TV movie Waking Up Wally (The Walter Gretzky Story). “I didn’t get to meet her,” Spencer-Nairn recalls. “But I got the gist it was quite the competitive family to be in.”

Both on-screen and off, being active comes naturally for Spencer-Nairn, who spent 12 years as a gymnast, while her brother played hockey and her sister was in ballet.

While she briefly tried ballet and her sister tried gymnastics, her family believed it was important to find a sport that each kid could enjoy by themselves, without having to compete with their siblings. “You want everyone to have their own identity and their own thing, and to excel and feel good about themselves,” Spencer-Nairn says.

As she grew older, however, the pressure of competitive gymnastics grew too much, and she began to develop migraines, she says. It was time to find another way to stay active.

“A certain amount of competition is healthy, but too much is too much,” she says. “I think it’s good for some kids, but for me, it wasn’t good.”

She took up running for a time, and she tried skiing and snowboarding, too.

Now, as a parent herself in Toronto, she encourages her own young family to be physical through both individual and team-based sports.

In addition to T-Ball, they’ve tried soccer and swimming, too, and she also thinks her eldest son will love the opportunity to try martial arts soon. “Every kid is different, with their own strengths and weaknesses,” she says.

“I just want them to find their own thing and to do whatever makes them happy.” 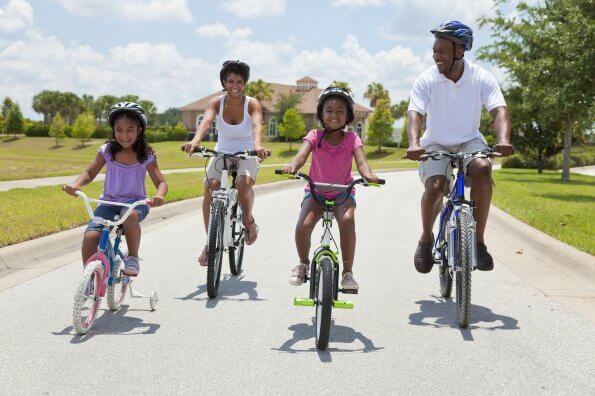 8 tips to keep you and your family moving and ...

A moving family is a healthy family

Groundbreaking study shows the effects of screen time on kids’ ...

Early results from groundbreaking research hoping to understand the effects of screen time on kids’ brains are now available. The verdict? Children’s brains are ... 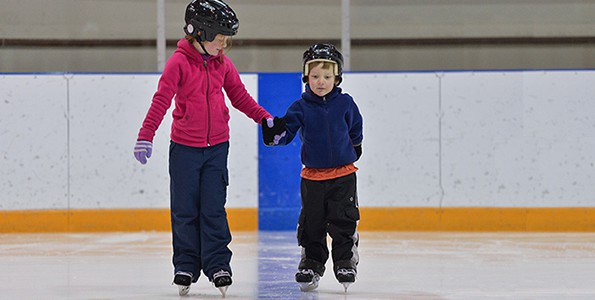 How to make skating a fun family activity

How to make it a favourite activity for everyone