Brooke Henderson is having quite the summer. On August 16, the 17-year-old won the Cambia Portland Classic professional golf event as an amateur. After qualifying for the tournament she ran away with it, finishing 8 shots ahead of the nearest golfer. Her performance forced the LPGA to grant her early membership.

Just in time for the Canadian Pacific Women’s Open, which was played in Vancouver a few days later. In Vancouver she finished 23. Maybe not as high as some people who thought it would be great if Brooke won again, but not bad for someone who was actually supposed to caddy for her sister, Brittany, in Portland.

Brooke joined Golf Canada‘s elite player program in 2012 when she was 14. Which is about when kids who show an interest and a skill level in a particular sport or activity should think about specializing.

She comes from a family of golfers, so it’s always been a part of her life. But Brooke played hockey, too. Where many hockey players take up golf in the off season, maybe Brooke thought of hockey as a way to get a break from the links.

She told the Canadian Press that her experience as a hockey goaltender “has really helped me along the way mentally preparing for not only professional golf, but golf in general.”

Brooke turns 18 on September 10. She’ll celebrate by playing in the Evian Championship, the final LPGA event of the season. Next season, she’ll be in the league from the start.

Every shot, every pass, every goal begins with skating 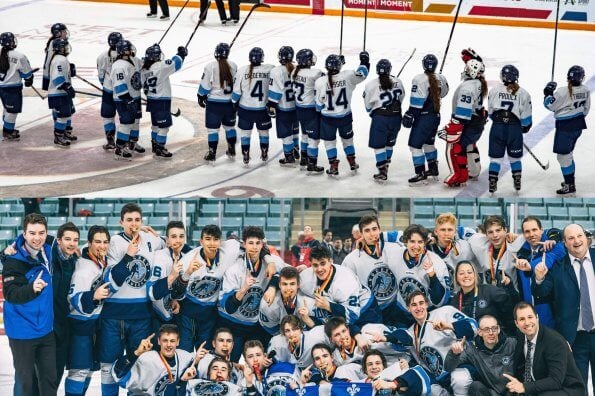 Historic performance by Quebec in men’s and women’s hockey at ...

Quebec made men’s hockey history at the Canada Games in Red Deer, winning gold against Ontario. Quebec’s last gold medal dated back to 1987. ...