On New Year’s Day, we took our shiny, freshly-sharpened skates out of their boxes and headed over to the local outdoor rink for the first time, determined to make good on our resolution to try new winter sports.

We were meeting my brother-in-law and my nephew and niece, fourteen and eleven, who graciously agreed to teach our little ones to skate.

The fourteen-year-old is big into hockey. He plays on a “select” team and also helps coach four- and five-year-olds on weekends. Our children, aged eight and five, think their cousins walk on water so we felt lucky that they were willing to share their knowledge with us. Neither me nor my husband have skated since we were kids.

The two dads kept their boots on so they could help my kids get accustomed to their skates and find their balance. And, after a 30-ish year hiatus, I put on skates and awkwardly shuffled towards the ice.

While the boys focused on the kids, my niece and her friend tried to help me find my footing. I thought it would be like riding a bike, that my muscle memory would kick in and I’d be back to skating the way I did when I was young.

I clearly remember the feeling of gliding fearlessly over the ice and pushing confidently with my legs, body slightly forward and knees bent. But as strong as that image and memory was, in that moment I was back to square one.

It felt foreign and a bit scary, and I thought I would never be able to let go of the sides.

But little by little it started to feel more normal and my confidence grew. Before long I was skating around the edges of the rink without grasping desperately for the boards. At this point, our patient nephew came to keep me company as I slowly made my way around the ice.

At one point I said to him, “How can this be the first time I’ve skated? Why didn’t I take you when you were little? What kind of an aunt am I?” His answer surprised me. He told me that I didn’t take him skating because he actually didn’t skate when he was little.

While a lot of his friends started skating and playing hockey at four, five and six years old, my nephew didn’t take skating lessons until he was nine-years-old, and he only started playing organized hockey at age ten. What was he doing before then? Well, I remember going to watch him play soccer and t-ball (so I’m not that bad an aunt, I guess) and I know he took swimming lessons.

What’s neat about his story is that he has caught up to those kids that started so much younger (and in some cases surpassed them). This was a good thing for me to hear as there is so much talk now of 6-year-olds on the ice 4 times a week and pressure for kids to specialize early.

It made me realize that my kids are not really behind. We haven’t committed the ultimate Canadian parenting faux pas by failing to strap ‘cheese cutters’ (those $5 double-bladed skates you can find at some stores) to their boots when they were two and pushing them around the ice behind plastic, kid-sized Ikea chairs.

I loved the skating and so did our daughter, who was really physically and mentally ready for it. Now almost eight, she’s steadier on her feet and motivated to catch up to her cousins. Our five-year-old didn’t have as much stamina, but that’s fine too. This wasn’t about pressure or performance but simply about exposure.

And if you factor in that they stayed up until midnight the night before to ring in 2013, they both did amazing.

The whole thing was a revelation for me. The rink is five minutes from our house, it’s free, and it’s a really fun, family activity. I’m even thinking of heading over there on my own to get more practice so that I can take the kids by myself someday. But until then, we’ll just take it one skate at a time. 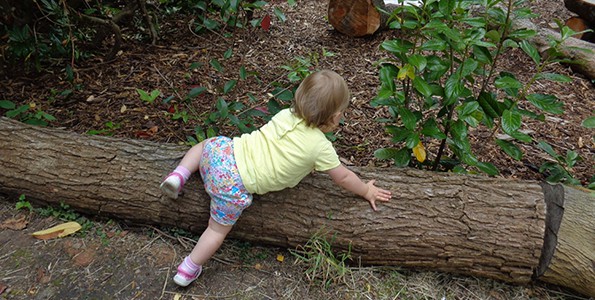 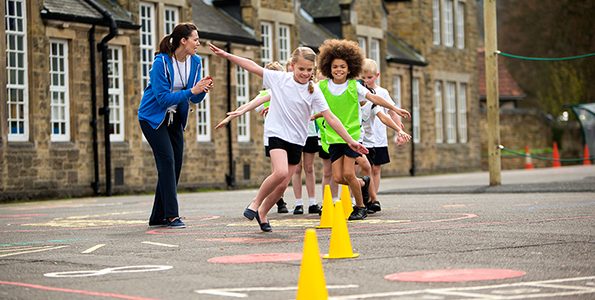 Do you know what your child's physical education program looks like?