Back to previous
It had been a long winter in Cold Lake, Alta., and cabin fever was setting in among the children at Happy House Daycare. Alissa O’Rourke, an early childhood educator at the daycare, discovered a great way to help one boy who had difficulty self-regulating his emotions throughout the day. Here’s her story:

The children in my room are four and five years old and with outdoor time cut down, my colleagues and I witnessed many of them becoming stir-crazy. One child in particular was hit hard. As the winter dragged on, he became less and less able to control his emotions, both good and bad. Outbursts and meltdowns became a daily occurrence and both educators and his parents were struggling to find ways to help him regain control.

Alissa and Happy House Daycare are participants in the Physical Literacy Proof of Concept Study in Child Care. She shared this story during one of our mentor meetings in March.

Ready, Aim, Kick! to the rescue

One particularly difficult day, we tried an activity called Ready, Aim, Kick! (see Activity #6) from the APPLE Seeds program. This robust program introduces physical literacy skills in a sequential way within everyday play. Ready, Aim, Kick! involves playing kicking games using targets and a variety of materials, including pylons, lines of tape, or foam noodles. (We have described the activity for you below.)

Initially, we were hesitant because kicking was something the boy did during his outbursts, but we decided to give it a try. The result amazed us: he ended up being focused throughout the entire activity, willing to wait his turn, share, and keep practicing when he missed the targets. Clearly, this activity captivated him.

Unfortunately, when we returned to the room, his behaviour gradually went downhill. At the end of the day, as he was bouncing off the walls and unable to regulate his reactions, another staff member asked the boy to join a game of soccer. As he began to play, he calmed down. His kicks became less wild, he ran in circles less, and he yelled less when he missed the target. By the time his mom arrived, he was a completely different child. The boy had calmed himself down through play.

The next day, when it got close to the end of the afternoon and the boy’s behaviour became erratic once more, we offered him the option of playing soccer when we got to the gym. Even without the ball in front of him, the promise of being able to play was enough to help him stay calm and focused through the rest of the afternoon.

Now playing with balls and targets has become a staple in our daily play, especially outside. We have also looked for ways to incorporate more kicking and throwing games in our daily routine.

The need to focus, aim, and follow through has given this child an opportunity to slow his thoughts down and take things one step at a time. His improved kicking skills have given him competence and confidence. We’re hoping that we’ll be able to transfer some of his new self-regulation skills to other activities throughout the rest of his day.

For indoor and outdoor play (abbreviated from the link below):

A full description of the activity is available in this PDF. 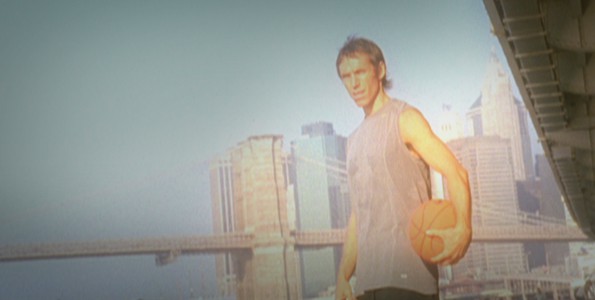 Steve Nash is a superstar in the NBA and a successful entrepreneur, but he’s also pretty good on a skateboard and with a soccer ...

Parent expectations in soccer: How to communicate with coaches

Tips to get the discussion off on the right foot