Whether it’s an early spring morning or a late summer night, the smell of freshly groomed grass is a favourite for most people. It’s especially true for Kara Lang. In fact, it’s one of the things she loves about soccer.

Say the name “Kara Lang” to any young female soccer player who grew up playing in the early 2000s and they will tell you about Canada’s youngest player to ever appear for the senior squad, the number one recruit in the 2005 NCAA recruiting class who was also an impressive basketball player who represented her country.

As one of Canada’s most recognized athletes and sports analysts, Lang is an example of what physical literacy and multi-sport participation can lead to. Admittedly, I am among the millennials who witnessed Lang propel herself onto the national stage and become a relatable role model to young Canadian girls (including myself).

Lang played multiple sports until she was 15-years-old. In fact, Lang credits her basketball experience for her overall body awareness and comfort when “posting up”, a basketball skill in which players begin with their back to the net and effectively turn and shoot while under pressure.

Whatever the sport, Lang’s parents supported and encouraged her to play for the fun of it. There was one rule, though. If you signed up for the season, you finished the season, no matter what. This commitment, combined with a love of the game, helped Lang reach the level she did, even through her high school years when friends and teammates became less interested in sports.

Not surprisingly, her advice to coaches of young athletes is similar to her own youth experience. Having fun is the goal. Whether the ball is at your feet or bouncing under your fingertips, Lang urges kids to always have a ball and to get comfortable playing with it. Movement and coordination is key, she notes. But it’s important to remember that each player develops differently and the coach should get to know their players as people first.

As soccer fields across Canada are being cut and painted with lines in preparation for the next generation of superstars, we can all take a collective breath and remember why we love sport. And it might not be the reasons you expect. For Kara Lang, it’s a grassy picnic between games as a child.

What do you love about playing? 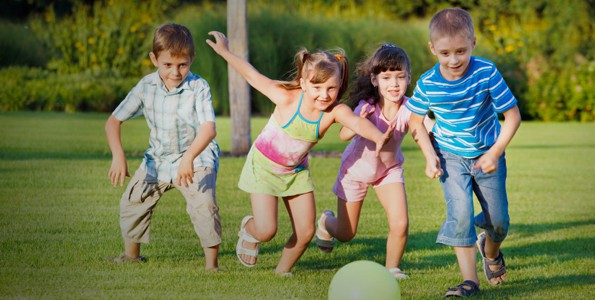 Why isn’t there a soccer league for my 4-year-old?

When is my child old enough for organized sports?

Most kids often do better to wait until age six, seven or even eight