When a celebrity’s child is in the news, it’s usually not a good thing — and when that child is the son of larger than life personality, and Hockey superstar Tie Domi, you’d expect the story to be, if not scandalous, at least a little bit salacious.

How refreshing it is then to herald Max Domi, not simply because he seems to be following in his father’s beloved skate-steps, but more importantly, as a role model he shows that just because you have an illness — Type 1 diabetes — it doesn’t have to stand in the way of your dreams.

Diagnosed when he was 12, Domi’s immediate concern was whether he could still skate, and when he learned about star player Bobby Clarke, who also had diabetes, Domi changed the number on his jersey to Clark’s, the better to inspire and remind Domi that there were no limitations.

Now Domi is giving back, letting young players with the same illness know that if he can do it, so can they, saying, “One of the best parts about being a hockey player is having little kids look up to you, especially when I can relate to them … I just want to inspire and get the message out that it doesn’t stop you from doing anything, and I’m trying to be proof of that here.”

Seeing is believing, and anyone who watched Domi’s masterful skills in the recent Junior Championship against Russia, where he helped Canada bring home the gold with one goal and two assists (for a 5-4 victory), knows Domi has what it takes.

Star athlete and inspiring role model may not sell as many papers, but for your kids to have someone to look up to, hockey player or otherwise, that’s something worth talking about.

Will Canadian parents speak up for quality hockey programs?

Without parents there is no minor hockey in Canada 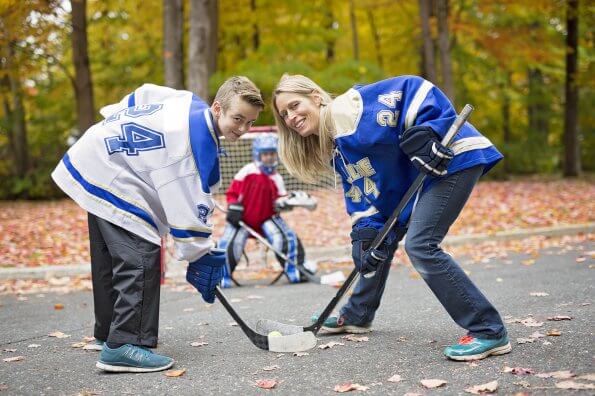