Back to previous
Several years ago, my five-year-old told me she wanted to grow up and do what I do for “my job.” Of course, I was thrilled. I asked her if she knew what I did and she replied with, “I don’t know what you do, but you come home happy all the time, so I wanna do that!”

This comment stuck with me. I’ve since researched more on the topic of parenting happier kids relative to the work I do as a co-founder of a happiness company, a researcher, public speaker, and author. I joke that one of the occupational hazards for researchers is a constant need to experiment on their kids, so of course the experimentation has begun.

The link between gratitude and happiness

When my co-founder (who also happens to be my husband) and I first began researching gratitude and its impact on youth, we landed on the work of two psychologists, Dr. Robert A. Emmons of the University of California, Davis, and Dr. Michael E. McCullough of the University of Miami.

Jennifer is the cofounder of Plasticity Labs and author of a new book, Unlocking Happiness at Work, that shares tips on how to increase happiness at work and in life. You can find it online at Amazon or Indigo, or check with your local bookstore and ask if they have it in stock.
Read Jennifer’s other article: How to unlock happiness at home and raise happy kids.

Their paper, “Counting Blessings Versus Burdens: An Experimental Investigation of Gratitude and Subjective Well-Being in Daily Life,” helped us to understand the significance of gratitude in our happiness and well-being. Their study broke participants down into three groups and had them write a few sentences each week, focusing on either their hassles, neutral events, or things for which they were grateful. After 10 weeks, those who wrote about gratitude were more optimistic and felt better about their lives, they exercised 1.5 hours more, they slept better, and had fewer visits to physicians than the subjects in the hassles group.

We quickly brought this learning into schools to similar results. We asked several groups of grade four to grade eight students, to draw or write down what they were grateful for every day for 21 days. At the end of the study, we saw significant increases in their sense of belonging, pride in their school, overall happiness, even academic engagement – proving that the regular practice of gratitude improves a child’s experience at school.

During this same timeframe, we brought our learning home with us. Our experiments would now be put to test around the dinner table every evening. Most parents can attest, when you ask your child “How was school today?”, the answer tends to be a fairly lacklustre “fine.” When we would ask Wyatt or Liv what they’d learned that day, we would get a solid, “nothing” or “not much.”

When we learned about how the brain responds to practicing gratitude, we attempted a different approach. We began asking, “What made you smile today?”. On that first day, confused looks shot across the dinner table. Wyatt said he was happy about the ketchup on his food. Wyatt’s brain wasn’t aware that it had to report back to us at dinner when he went to school that day so it just picked up whatever was within his line of sight. However, after two weeks he started to realize that we would be asking this question every night and Wyatt learned that he should start paying attention to more stuff in his day.

The cool part about gratitude in a rapidly-wiring child’s brain is that it can quickly become engrained in the neural network – just by building the habit. Kids go from practicing gratitude to being grateful in a short span of time. After only two weeks, Wyatt would come ready for his dinnertime report with a rundown of all the incredibly positive, smile-inducing events that would fill his days. He would share stories that began at breakfast and continued on throughout the day. No longer was he ignoring the positive events, but he was swapping those happy thoughts in where negative thoughts would have found a home inside his brain.

Making mindful breathing a habit helps kids with their stress

One of the other ways we’ve channeled our happiness research into our parenting style is through mindfulness and teaching our kids how to breathe. That may sound strange to some. Some of you may be asking, “You taught your kid how to what? Isn’t breathing involuntary?” The answer is yes – breathing is involuntary, but mindful breathing is most definitely a conscious effort.

We realized early on that teaching our kids how to acknowledge their stress by being aware of it dramatically helped them manage it. We coached them, as early as one year old, to take four breaths in through the nose and four breaths out through the mouth three times, and then try to communicate how they felt. Obviously, at one, we had zero expectations that Lyla, our youngest, would be able to articulate how she felt. But, we also knew that if we reinforced this behaviour during these moments of stress, over time she would pick up the habit.

All three kids now practice breathing to reduce stress and to get present during moments of hyperactivity. They even practice this ritual before they go to sleep every night. It helps them to create a cue for bedtime. Their brain now knows that this one-minute activity is its clue to get itself sleepy.

There are many other exercises and interventions you can practice with your children to help them become happier, and more emotionally intelligent, for improved health and wellness. They all tend to be super simple and easy to adopt, the trick is to make it part of their routine. Foster your child’s happiness hygiene by making gratitude and mindfulness as regular as brushing their teeth. Both will generate a great smile. 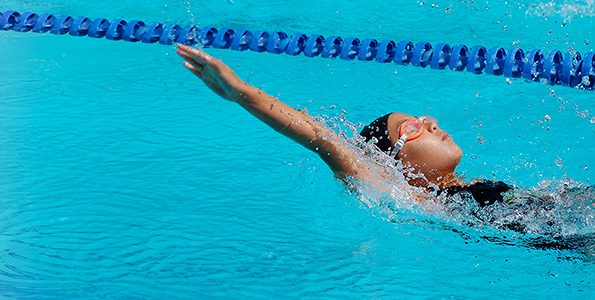 7 creative ways to get moving … backwards