When we coach young kids in a sport like hockey, we have to remember that they aren’t miniature adults. Games and practices should match their level of physical, mental, and emotional development. It’s about doing the right thing at the right time for kids. And above all, it needs to be fun.

This might seem obvious, but it hasn’t always been obvious to many people who run youth and amateur sport. This is why the Long-Term Athlete Development model (LTAD) was developed ten years ago.

Since 2005, LTAD has been adopted and refined by just about every national sport organization in Canada. For example, Hockey Canada is working hard to insure LTAD concepts become the “new normal” in our kids’ hockey programs.

As it turns out, USA Hockey is right there with them.

Active for Life recently spoke with Ken Martel, technical director of the American Development Model (ADM), to find out how they have also adopted LTAD principles for youth hockey.

AfL: What sort of changes has USA Hockey introduced along the lines of LTAD?

We started down this road about five years ago, and we have made a real push at our 8-and-under level to make positive changes. For example, we’ve introduced cross-ice hockey as our standard playing format for kids under the age of 8. The kids are loving it and they are developing quicker.

There’s certainly been some push back, and we’re going through some growing pains with it. But we now have a lot of organizations that are adopting that competition structure. And as we know, the way you structure competition influences development.

We’ve also taken the free play concept and tried to give the game a little bit back to the kids. In a number of our model programs, at the under-12 level, one of their practices each week is 4-on-4 half-ice hockey. And it’s not completely free play, because it’s organized by us as adults. But we set up these hardboard dividers across the middle of the rink, and we send three teams to the rink. We divide those teams up on each practice day into four teams, so they can play basically every other shift, and we play 4-on-4.

It’s buzzer hockey — they go out and play until the buzzer sounds, they change, and then they get back out there. But there’s nobody telling them what position they have to play. The only encouragement is, hey guys, go out, have fun, and make plays.

And it’s fascinating to see the development and the creativity that starts to take place in these players — things that they just do naturally when we get out of the way.

In their other practice slots, they get other instruction, but we try to incorporate this free play day once a week, or once every other week, as part of their regular structure. And we’ve seen really good benefit from it. This is just one little thing that we’re doing that’s maybe a little bit different.

AfL: How have the changes affected programming at the local level? What kinds of things do you see happening?

The programs that have jumped in, the kids are happier. They play and touch the puck more often. We’ve got all kinds of statistics on puck touches, decisions, and all these good things. But it keeps kids more active and more involved with reduced roster sizes.

Those programs that have adopted some of our playing methods are also seeing really good success in their win-losses after a while, although that’s not the focus by any stretch. But players that are more skilled and happy, they tend to perform better, and we’re seeing some really good results.

AfL: What kind of developments do you see in player performance?

Quantifying player development is very difficult, but you can see some very sophisticated development. Their use of space, their thought process, the things that they’re doing.

I took video of two shifts at a free play session on the half ice in Orchard Lake, Michigan. One shift, we just focused on the offense, and the next shift focused on the defense, and I said here, take a look, and highlighted a few things. This is what is going on regularly, and then you see that in their play.

Again, they haven’t been assigned positions on the ice, and yet the kids know how to position. There’s shape and form in what they’re doing. They’re looking around, and they’re switching both offensively and defensively.

That to me is a really good result — when you can take the local kids and they are beating the teams that are aggregating all of the top players.

AfL: How did you get coaches and parents on board with the new changes?

First off, we spent quite a bit of time on redesigning our coach education program. In our country, you have to be certified by us to get behind the bench with any of our teams. And we have about 60,000 youth coaches in the United States.

We put a mandatory structure in place a few years ago. A couple of days of education doesn’t make you a coach — we all know that — but this has been a really good thing. Every coach has to attend an in-person clinic that covers some set materials. There’s also an on-ice component, which is great. But what’s really been great are these online age-appropriate modules.

This has allowed us to speak from one end of the country to the other, which we were never able to do before. People in Minnesota were doing their thing, and people in Massachusetts were doing their own thing.

We’ve also created partnerships with different associations across the country of varying sizes. Some organizations might only have 150 kids in their program, for example — like the one in Schenectady — all the way up to organizations that have a thousand players in their organization. Our staff spends time with those organizations and their coaches, trying to facilitate change in how they operate and what they do on the rink, and it’s been very successful.

AfL: What about parents? How have the changes been received by them?

We’ve started a process of regular communication with our membership. Parents receive a monthly newsletter from us about development for kids based on the age of their child.

The way our organization is structured, every player is registered directly with us. This has given USA Hockey a little more contact directly with families and players. We have email information, so we have this direct communication tool that has been chipping away at things in the background.

The response rate has been huge. People are clamoring for good information about what they should be doing with their kids. Our messaging is filled with play multiple sports, physical literacy, and parenting information, and it has been really well received. 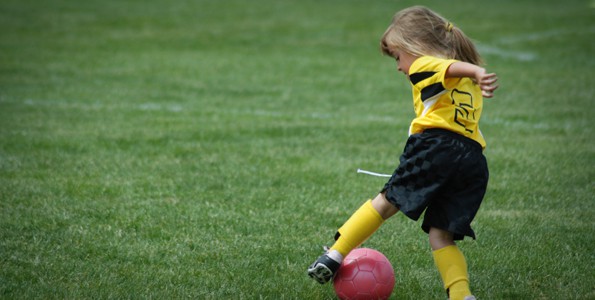